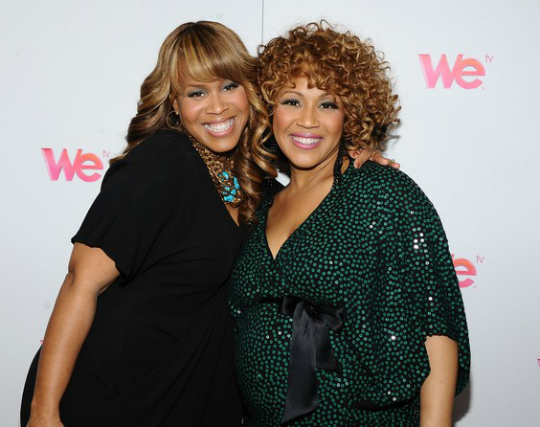 Tina Campbell and Erica Campbell are pictured at WE TVs ‘Family Affair’ 2012 Winter TCA event at Langham Hotel in Pasadena, California on Friday, January 13, 2012. The sisters will embark on their first reality television show on March 29, 2012.

MaryMary was recently awarded two times over at the 27th Stellar Awards. Although Erica was not present, Tina accepted the awards on behalf of the singing duo.

Erica is expected to give birth to her and husband Warryn Campbell’s third child in February. The couple was given a baby shower in their baby girl’s honor earlier this month.