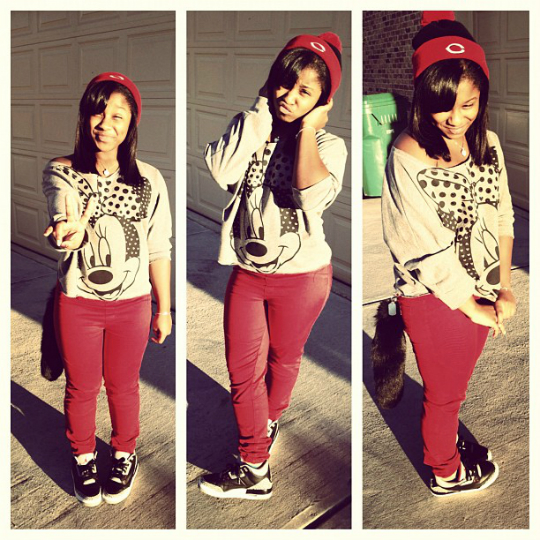 Reginae Carter,13, shows off her sense of style in this Minnie Mouse get-up. The teen tweets, “Your swag…my swag…take.”

Carter often gives advice to Twitter fans. She recently said, “Don’t trust too much , Don’t love too much , Don’t hope too much , because that too much can hurt so much!” and “Never hate people who are jealous of you but respect their jealousy because they’re the ones who think that you’re better than them!”

Reginae is the daughter of rapper Lil Wayne and Toya Carter. The teen recently hosted a successful birthday bash in which she received numerous gifts and well wishes.