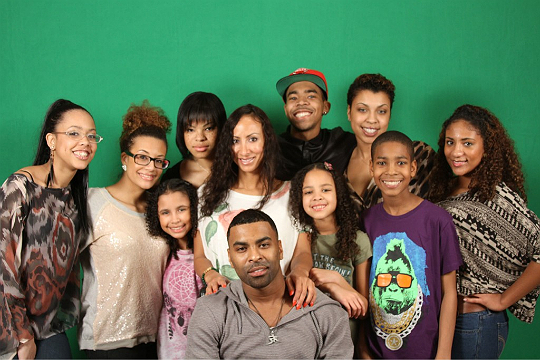 Elign Baylor Lumpkin, a.k.a. Ginuwine, takes a stunning picture with his  family for the holidays.  The singer and wife Tonya, a.k.a. Sole, have two daughters together. Ginuwine is father to eight children in total.

A gold and platinum recording artist from 1996-2009, Lumpkin embraces a more simple life these days. The singer recently independently released his seventh album entitled “Elign” and performs small shows for his loyal fans. Ginuwine recently said of the shows, “When people come to see me, they’ll see what they know me for.” When commenting on the name “Ginuwine” Lumpkin said, “It represents what I am as a person. It’s really something close to me. I’m a genuine person. It’s something that just fit.”

THE OBAMAS SPEND CHRISTMAS IN HAWAII

EDGAR DAVIDS AND HIS SKIING BUDDY

EDGAR DAVIDS AND HIS SKIING BUDDY