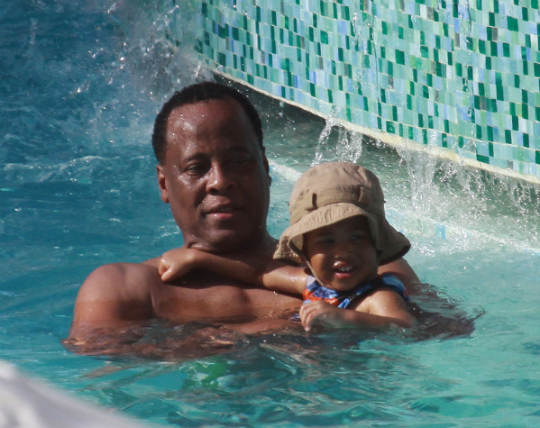 As you may already know, Dr. Conrad Murray has been found guilty in the involuntary manslaughter of Michael Jackson. Sources say that Conrad, who has seven children, could walk free within months even if he receives the maximum four-year jail sentence. So what does this all mean for the Jackson kids? Find out in today’s edition of  “A Celebrity Baby Blog Party”.

Madonna says she will only date men her kids admire [BabyRazzi]

Can your child tell you anything without you losing control? [BMK]

So how did Mariah Carey lose all that baby weight?[MrsGrapevine]

Catch up with the latest from Mama Guru [Mama Guru]