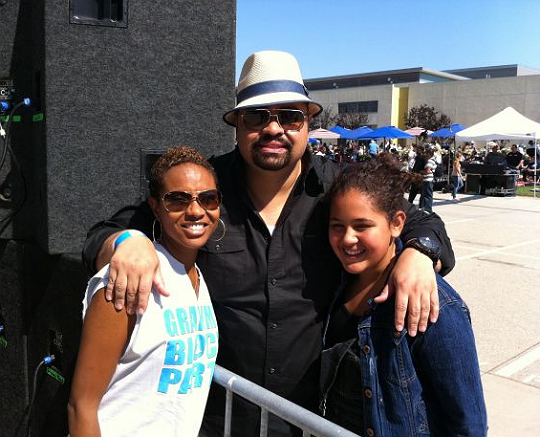 Hip-hop legend Heavy D has passed away at the age of 44.

Heavy D, real name Dwight Arrington Myers, was rushed to the hospital around noon today after his body was found outside of his Beverly Hills home. He was pronounced dead at a Los Angeles hospital at 1 p.m. PST on Nov. 8, 2011.

Heavy D had just returned from shopping and walked up some stairs when he began having trouble breathing. Adam Mills, a designer who was in the building and knew Heavy D, found him leaning against a railing and clearly in distress. Adam tells us he cradled Heavy D in his lap as others called 911. Adam says Heavy D was conscious and said to him, “I can’t breathe, I can’t breathe.” When paramedics took Heavy D to the hospital he had a pulse. People in the building are saying he died of a heart attack, but we have not been able to confirm that. Law enforcement sources tell us … no foul play was involved and so far they only know the cause of death was “medical.”

He is survived by a wife and a daughter named Xea Myers,13.

Photo(Twitter): Heavy D is pictured with rapper MC Lyte and his daughter Xea in July of this year.

DEMARCUS WARE AND HIS LITTLE LINEBACKERS