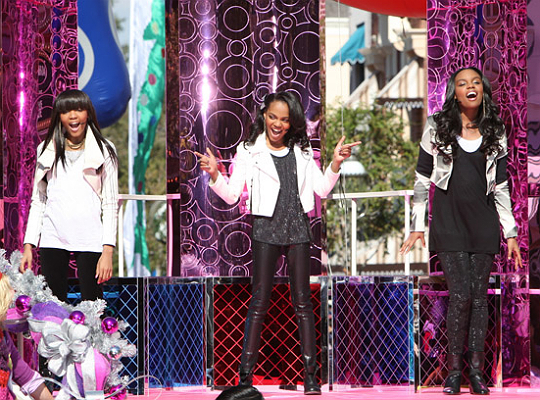 Child star China Anne McClain of  “A.N.T. Farm” and her sisters Lauryn and Sierra perform song “Jingle Bell Rock” during the taping of the 2011 Disney Parks Christmas day Parade at Disneyland on November 05, 2011 in Anaheim, California.

You may remember The McClain Sisters from Tyler Perry’s film Daddy’s Little Girls. Sierra and Lauryn, who are also actresses, played China’s older sisters in the film.

The Parade show is scheduled to air on Christmas Day on ABC-TV.