JUSTIN COMBS IS ONE STEP CLOSER TO ACHIEVING HIS DREAM 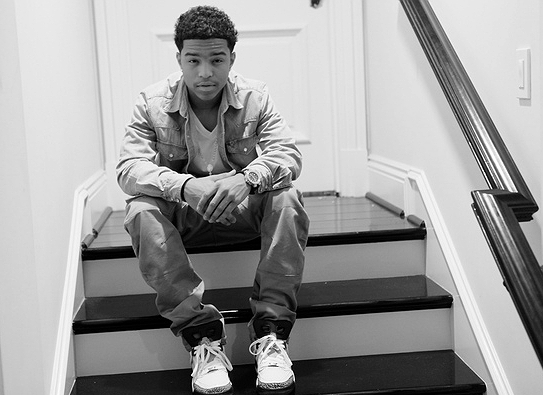 “It is just the stuff you dream about as a kid. Getting letters in the mail and having coaches call you. It is the stuff you hear about, it is actually happening….,” says college-football prospect Justin Combs. The 17-year-old son of mogul Sean “Diddy” Combs already has offers from several top level colleges, including Wyoming, Middle Tennessee State, UAB, Virginia, Illinois, to name a few:

Justin Combs, a 5-foot-9, 175-pound cornerback prospect from Iona Prep (N.Y.), is starting to generate buzz for his own name.

After securing his first Division I scholarships back in April, Combs has started to see his stock rise.

He earned Scout.com All-Tournament honors at the New Level 7-on-7 National Championship after a strong performance locking down some of the nation’s top receivers.

Despite all of that, there are tough critics out there saying that Combs’ talents aren’t legit and that his success is tied solely to his name. He uses that doubt to motivate himself to silence those critics.

“Ever since I was young, my father always told me that people were going to have something to say,” Combs explained. “At the end of the day, it is all fun and games to try to get you out of your game, but you just have to stay mentally strong and be able to play through it.

“You just shut them up with your ability on the field. Just play and your game will speak for itself. That is the way I feel.” (Source)

CEDRIC THE ENTERTAINER AND HIS ENTERTAINING FAMILY

CEDRIC THE ENTERTAINER AND HIS ENTERTAINING FAMILY