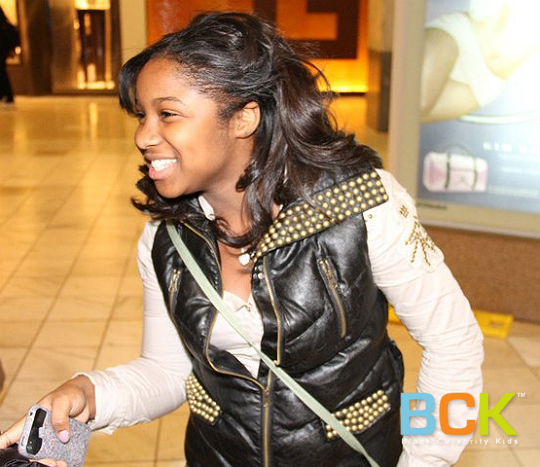 It pays to be the daughter of a reality star and a rapper!  According to new documents obtained by TMZ, 12-year-old Reginae Carter earns $2,000 per episode for her appearance on her mom’s reality show “Toya: A Family Affair”. According to her contract, which was signed off by both of her parents, Reginae will get 22K for the first season of the show and a 5 percent raise for every additional season.

So what does this young star plan to do with her extra allowance? Well, her parents Antonia “Toya” Carter and rapper Lil Wayne have set up a bank account for her so that all “money she makes will be kept safe until she turns 18 … in 2016.”

USHER OUT AND ABOUT WITH SONS + PERFORMS WITH THEM ONSTAGE[VIDEO]