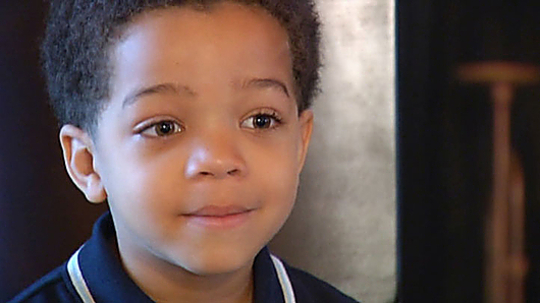 Miles Brooks has already won an award for his first short film “Pioneer”.  It’s safe to say that this five-year-old’s acting career is off to a promising start.

This is what “Pioneer” director David Lowery had to say about little Miles:

“We found Miles in an open casting call. He was four years old, the youngest kid we saw, and he’d never acted before. He was so calm and patient and had an innate ability to internalize whatever directions I’d give him. We were pretty certain from the moment we saw him that he was the right kid. Once he had the part, we spent a lot of time working with him, just getting him used to the idea of being around cameras and lights and such. And we read a lot of stories to him. We had different versions of the story from the film that we’d workshop with him; shorter, less intense iterations. We had his dad read him a version of it every night before bed the whole week leading up to production, but we left certain details out so that they’d catch him by surprise when we started shooting. And we’d practice his dialogue too, and different ways of saying it. Since he couldn’t read yet, he just learned the part through gentle repetition.”