Home » Links » A CELEBRITY BABY BLOG PARTY: “ALL ABOUT THE KIDS”

A CELEBRITY BABY BLOG PARTY: “ALL ABOUT THE KIDS” 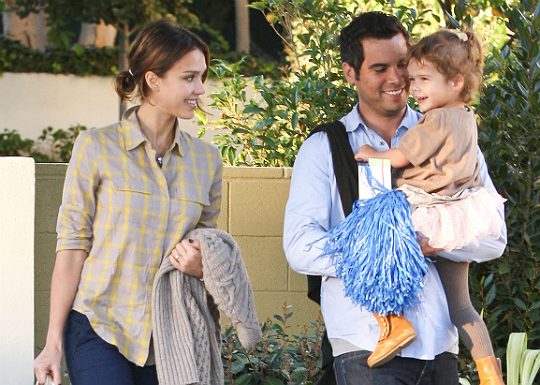 Jessica Alba is pregnant! Honor Warren,2, is going to be a big sister! Speaking of pregnancy, Tia Mowry just did a pregnancy photo shoot, but where is her baby bump? Find the answer to this question and much more in this week’s “Celebrity Baby Blog Party”!.

Lebron has a new show to encourage kids; he says he got picked on as a kid [GlobalGrind]

Bria Murphy is no longer a kid![NecoleB]

Mary Harvey, Steve Harvey’s ex-wife, explains why she gave up custody of their son [Freddyo]

Faith Evans says raising Cj is “just like raising all my other children.” [Watch Now]

Tia Mowry does a photo shoot but was her baby bump photoshopped?[MrsGrapevine]

Celebrity parents hit the town! Magic and Cookie Johnson and many more![Uptownmagazine]

In case you missed it: Mike Vick talks about what he learned while in jail. See family pictures also.[Essence]

Michael Jackson’s estate has earned 300 million since his death. His kids are set for life[Mediaoutrage]

CELEBRITY KIDS AND THEIR BFFS: SKYE TOWNSEND AND PAIGE HURD