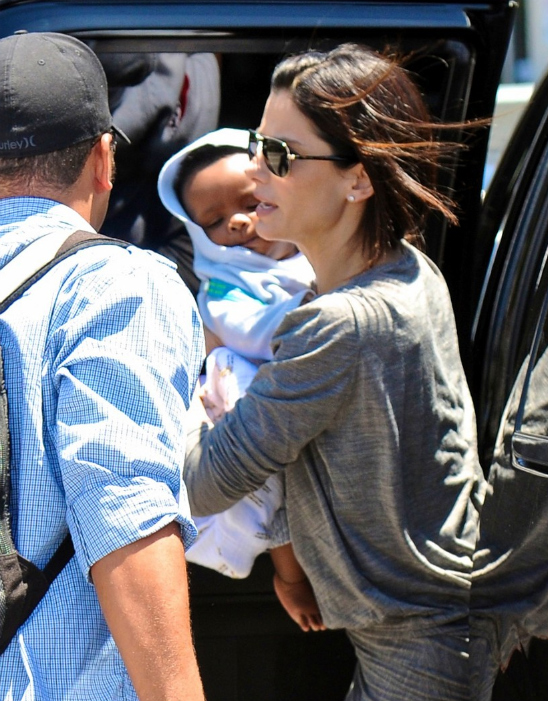 Actress Sandra Bullock has finalized the adoption of her eight-month-old son, Louis Bardo Bullock. “The Blind Side” star can now raise her son as a single parent.

And Friday the 13th proved to be a joyous occasion for Bullock when a judge at the Jefferson Juvenile Justice Center in Louis’ native New Orleans signed off on the adoption papers at a finalization hearing.

The actress was joined by her friends and family, including her sister Gesine, for the momentous occasion, four years after she began her journey to parenthood.

An eyewitness tells People magazine, “She was happy. … She is so in love with her child.”(Source)

Sandra initially adopted Louis in January with her then-husband Jesse James. Upon finding out about Jesse’s infidelities, however, Ms. Bullock filed to adopt Louis as a single parent.