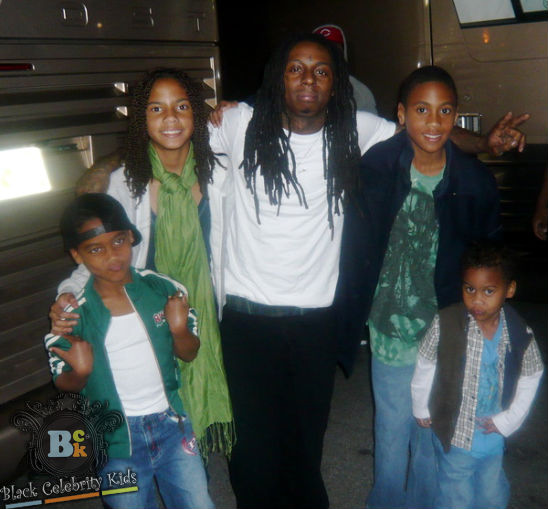 In the candid above, actress Holly Robinson-Peete’s kids pose with rapper Lil’ Wayne. Pictured are from L to R: Robinson,7, Ryan Elizabeth,12, Lil Wayne, and Rodney Jr., 12, and Roman, 4.

According to mom Holly Robinson, Lil Wayne was really “sweet” to her kids. Holly is married to former NFL player Rodney Peete, who is the father of all four of her children.

The candid was shot about one month ago.

UPCOMING: TRE SCOTT IS AN UP AND COMING MODEL/ACTOR