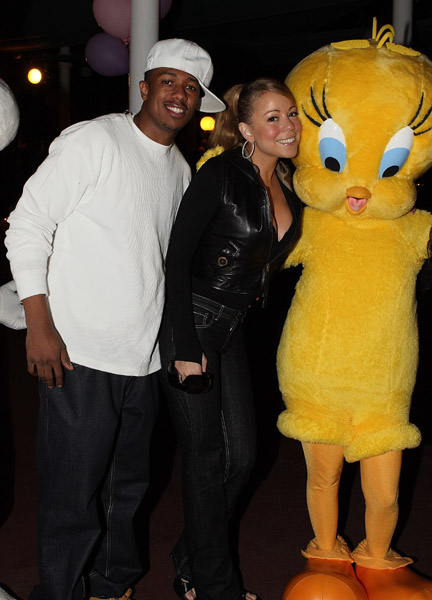 Nick Cannon and his wife Mariah Carey have plans to have a baby in the near future.  Cannon, who has been married to singer Mariah Carey for more than a year, tells People:  “We had our first year and enjoyed it. This year for us is about establishing everything and creating a household,” he says. “So when we do welcome a child, it will be in a very comfortable established home. So we are working on that and once this year calms down, then we’ll probably start [thinking] about it more seriously. That’s a priority, and it’s not just a quick decision.”

When he does become a father, Nick hopes to be the kind of dad that smothers his children.

“I want to be a father that’s all about love,” Cannon say. “That’s the main thing to get right and at the end of the day it’s just about smothering my children with love. The same way I do to my wife!”

“I will probably be the fun dad because I’m silly,” he says. “I’m always trying to have a good time and always doing funny and stupid stuff.”