Home » NEWS » STORYTIME WITH ACTRESS GARCELLE BEAUVAIS AND HER TWINS

STORYTIME WITH ACTRESS GARCELLE BEAUVAIS AND HER TWINS 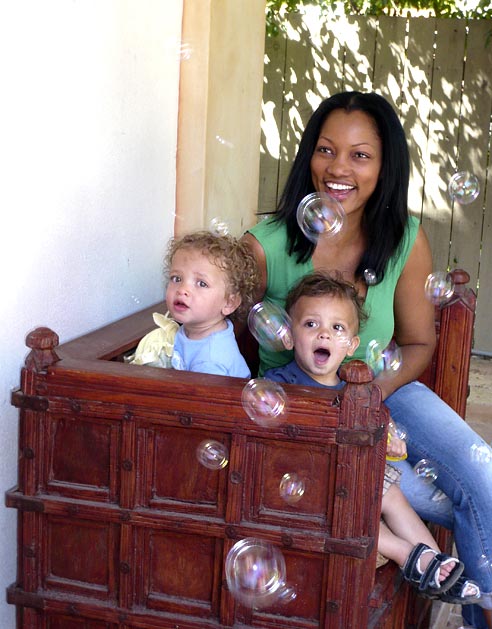 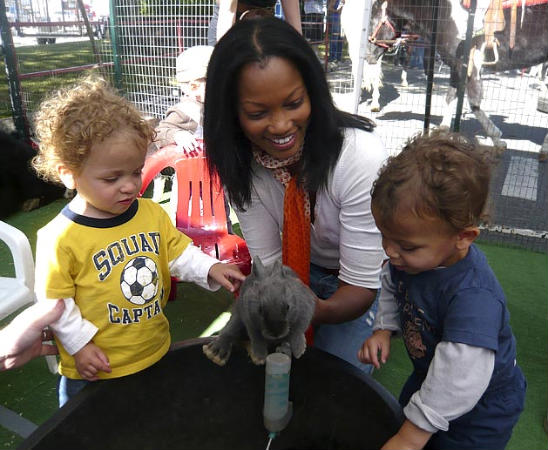 One of Garcelle’s favorite memories with her boys is taking them to a petting zoo. “This was their first time interacting with animals so close, [and they] loved it!” she said, adding that they are in their curious stage. “I was amazed to see my rough-and-tough boys be so gentle with the animals.”

The actress, best known for her roles in NYPD Blue and The Jamie Foxx Show, welcomed twin sons, Jax and Jaid, in October 2007. “Having twins is double the fun,” the star — who will star in a Lifetime miniseries, Maneater — said. “There is always so much going on, and we are constantly doing 101 things.”

The adventurous twosome — Jax, left, and Jaid, right — get into everything. “One day while doing the dishes, [they] climbed in the dishwasher,” she said, joking that her most important parenting lesson is the need to be a parent before a friend. “Hopefully this phase will pass before they get any bigger.”

The star, 42, struggles when her twins both cry for her to pick them up at the same time. Once when they got fussy, “I took them outside and started blowing bubbles, which were a great distraction, and it worked like a charm!”

Story as reported by UsMagazine; Story edited where needed.