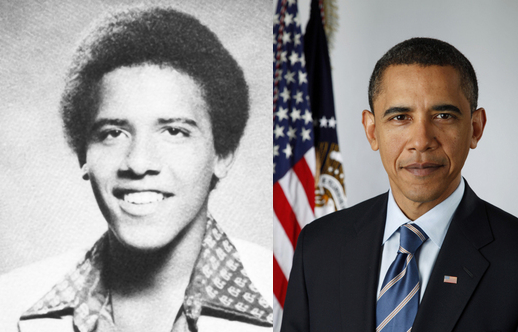 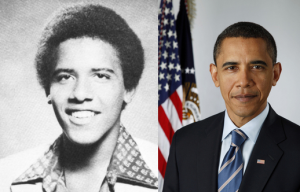 Claim to Fame: Becoming the first African American/Biracial/Hawaiian/African to become president of the United States of America.

Interesting Tidbit: He was the first African-American president of the Harvard Law Review.

Barack Obama was born in Honolulu, Hawaii, to Ann Dunham, of English and Irish descent and  Barack Obama, Sr. from Kenya. His parents met in 1960 while attending the University of Hawaii at Mānoa, where his father was a foreign student.Obama is a graduate of Columbia University and Harvard Law School, where he was the first African-American president of the Harvard Law Review. He worked as a community organizer, and practiced as a civil rights attorney in Chicago before serving three terms in the Illinois Senate. He is now the 44th President of the United States of America.Wikipedia

JENNA AND BARBARA BUSH'S LETTER OF ADVICE TO MALIA AND SASHA

JENNA AND BARBARA BUSH'S LETTER OF ADVICE TO MALIA AND SASHA