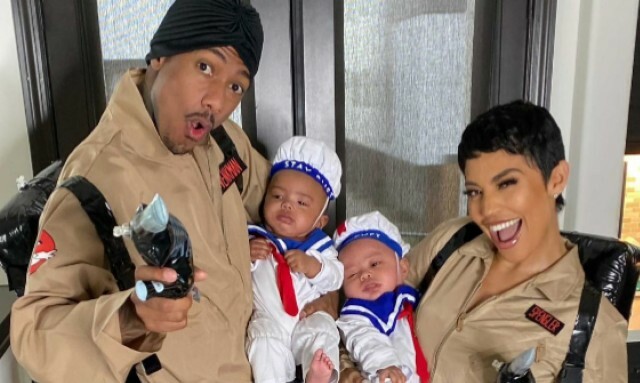 Abby De La Rosa is expecting her third baby to arrive in the fall. The entrepreneur took to Instagram on Tuesday (Jun. 7) to answer a few questions about her pregnancy, which she announced last week.

Abby confirmed that she is indeed expecting one child and not twins this time around. The businesswoman told her supporters that she soon be a mom of “three under two.” Abby also delved into why she decided to have her sons, Zion and Zillion, with Nick Cannon last year.

“It’s not money,” Abby declared. “It’s not money, you guys, at all,” she reiterated. “Like, I really—that’s one thing that I will say, is so cool. Like, I didn’t have twins with this person because he was famous. We were genuine friends, we connected. It was cool.”

Some accepted Abby De La Rosa’s explanation of having a relationship with Nick Cannon before trying to start a family with the entertainer. One of Abby’s Instagram followers, however, asked how she could have children with a man who continues to have kids with multiple women.

“I think that’s something you need to ask a therapist,” Abby said to the fan. “I don’t think I can unpack that,” she added. “I don’t have the degrees to unpack that question at all,” Abby awkwardly continued. “Yeah, let’s talk about something else,” she finally said after a pause. “What’s everyone grateful for? Ask that.”

Cannon revealed his expectancy of baby number eight with model Bre Tiesi earlier this year. The entertainer recently told the press that he is preparing for the arrival of more kids with multiple women. “If you thought the numbers I put up in 2021 was (sic) big, wait until 2022,” Nick told Angela Yee during an appearance on her podcast, Lip Service. “If you thought the number was big last year,” the entertainer said before trailing off in the conversation.

Some believe Abby De La Rosa’s third child is also fathered by Nick Cannon. Neither Nick nor Abby has confirmed such a notion.