"Truly Created Out Of Love" 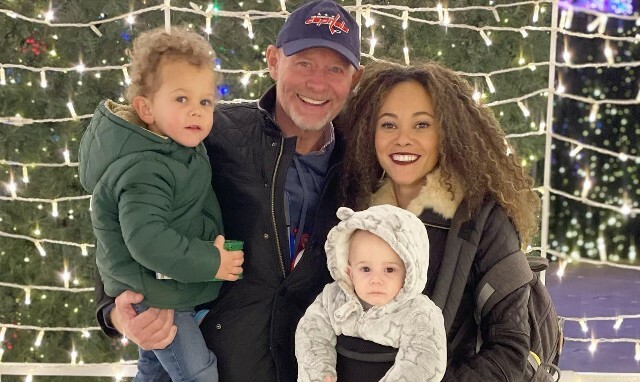 Real Housewives of Potomac (RHOP) star Ashley Darby is focused on her kids amid separating from her husband, Michael Darby. She took to Instagram on Tuesday (Apr. 19) to address the split.

Ashley confirmed the rumors that were circulating. “It’s been almost 8 magical years,” the Reality TV star said of her marriage in an Instagram post. Ashley went into further detail about her split from Michael in a statement given exclusively to The Daily Dish.

“Almost eight years ago, when Michael and I said ‘I do,’ we anticipated sharing every single day together from that moment forward,” Ashley began her statement. “Unfortunately, that is not our current reality,” the RHOP star said.

“We have decided to separate,” Ashley revealed to The Daily Dish. “We are aware that there will be many speculative views as to why we have made this decision. People will be quick to assume that the causes were too much intrusion by reality TV into the most personal parts of our lives, age gap issues, cultural problems, or child-rearing differences. Pieces of all these may have affected our pure love for each other, but no one reason is the root cause of our mutual decision to go our separate ways.”

Michael and Ashley Darby wed in 2014. They welcomed their oldest son, Dean, in 2019. Ashley gave birth to her and Michael’s second child, Dylan, last year. Some criticized Michael for marrying someone significantly younger than himself. Other scrutiny came from cultural differences as Michael is Australian and Ashley is African-American.

“While our romantic bond is broken, we will always love and respect each other,” Ashley said in her statement given to The Daily Dish. “We also know that true happiness can only be achieved by continuing to work together and putting our hearts and souls into raising our two beautiful boys, Dean and Dylan,” the celebrity mom continued. “They will always feel loved and supported, for they were truly created out of love.”

FANS: "CARDI B GAVE BIRTH TO THE SAME BABY TWICE"