‘LHHMIA’ AMARA LA NEGRA IS ‘SO EXCITED’ ABOUT MOTHERHOOD

"I Still Can't Believe I'm A Mother Of Two Babies" 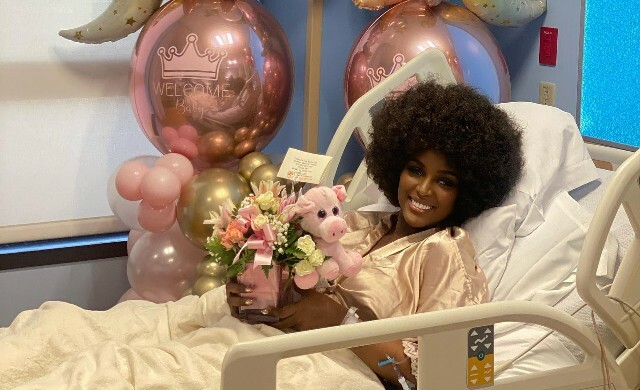 Amara La Negra of is grateful to be a mom of twins. The Love and Hip Hop: Miami (LHHMIA) star took to Instagram on Friday (Apr. 8) to share her excitement with her social media fans.

“I’m so excited,” Amara told her supporters. “I still can’t believe I’m a mother of two babies,” The Reality TV star said. “I’m super focused on my girls and our health and well being and they are now my priority,” Amara La Negra declared.

The Love and Hip Hop: Miami star announced her expectancy last year. Amara remained silent on the identity of her daughters’ father during much of her pregnancy. Amara revealed Allan Mueses as the father of her children near last month.

“I think there was a part of me that was a little bit embarrassed to say that I am a single mother, not necessarily by choice,” Amara La Negra revealed during an interview last year. The LHHMIA star maintained she “woke up” pregnant at the time. “People can be very judgmental once you are in the public eye, and I just wasn’t ready to speak that truth,” Amara said.

Nine months of pregnancy gave Amara La Negra time to reflect and grow. “I feel the need to be a better person every day for them,” the LHHMIA star said in her Instagram post on Friday. “Now I understand a Mother’s love,” Amara added. “I have No words to explain this feeling! My respects and blessings to all the mothers in the world and those who will one day be.”

Amara La Negra decided to keep the name of her twins a secret for now. Still, fans were excited to hear from the LHHMIA star days after her labor and delivery experience.

“You look like a Barbie doll,” one Instagram follower said after viewing pictures of Amara surrounded by congratulatory gifts while in the hospital. “Welcome to motherhood,” another fan said.

KHLOE KARDASHIAN SLAMS CRITICS FOR CLAIMING SHE HOLDS DAUGHTER "TOO MUCH"

KHLOE KARDASHIAN SLAMS CRITICS FOR CLAIMING SHE HOLDS DAUGHTER "TOO MUCH"