"The Most Amazing Boy In The World" 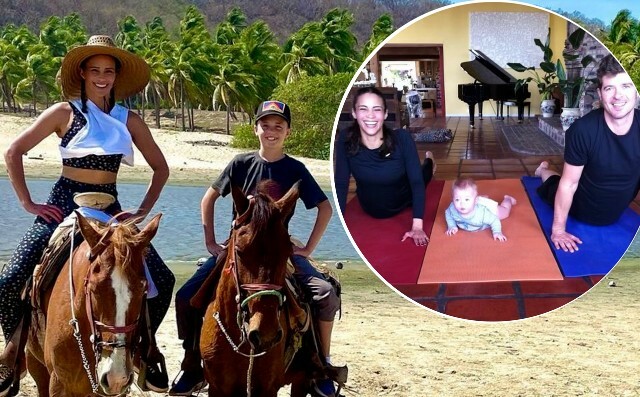 Paula Patton and Robin Thicke gave beautiful tributes to their son, Julian, on his twelfth birthday. The celebrity parents shared everything from throwback photos to a video clip featuring their son singing ‘Happy Birthday’ to his dad.

“Happy 12th birthday to the most amazing boy in the world,” Robin wrote to his son. “You have given me life, you have changed my life for the better, and you continue to teach me every day,” the celebrity father said. “I love you more than words can express!”

Paula Patton also took to Instagram to commemorate her son’s birthday. “Happy birthday to my beautiful boy,” the celebrity mom exclaimed. “You have brought your parents an abundance of joy. You are the greatest blessing in my life. The very best thing that has ever happened to me!”

Julian Thicke was born on April 6, 2010. The little one made his mom a parent for the first time. Robin has four kids – Julian, Mia, Lola, and Luca – in all.

“He loves being a brother,” Paula Patton recently said of Julian in relation to his siblings. “It’s a great thing,” the celebrity mom added. “I think that family, no matter what — divided, [or if] it’s in new places — you have to find harmony and peace for your children.”

Paula Patton and Robin Thicke ended their marriage in 2015 after ten years of union. The celebrities had their share of negative press due to divorce proceedings that included working through the details of a child custody agreement that was in the best interest of their son. Robin and Paula, however, managed to get through the challenging spots to provide a loving environment for their son.

“Proud of that young man,” one social media fan said after reading Robin Thicke’s birthday post to Julian that was accompanied by a throwback video clip of the youngster singing. “Sounds just like his pops,” another social media follower said in reference to Julian’s vocal abilities in the video clip. “Legend in the making,” the supporter declared.