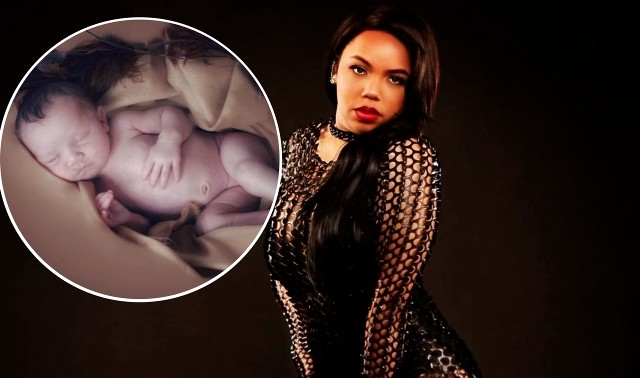 Kiely Williams of 3lw and the Cheetah Girls has welcomed another child with her husband, Brandon Cox. The recording artist introduced her infant daughter, Archer, on Tuesday (Mar. 29).

Kiely uploaded a candid of her daughter along with the caption, Archer, to give fans who knew she was expecting a treat. “There she is,” Sabrina Bryan said. “Gorgeous little Archer,” the entertainer continued. “Love you so much baby girl!” Another fan said Archer looked like her big sister, Rowan. “Beautiful.”

Many were surprised to learn Kiely Williams and Brandon Cox welcomed another child. It did not take long, however, for the singer’s supporters to connect the dots between Kiely’s absence online and her pregnancy.

“So you were pregnant again,” one loyal supporter said. “That’s why you weren’t as active on here,” the fan added. “Congrats Kiely.” Another social media follower wrote, “Oh my God! What a perfect and radiant child! What a lucky soul to be born to such a beautiful and compassionate mom. Congratulations! I’m smiling so big!”

Kiely Williams became more careful of sharing her personal life with fans after critics scrutinized her for crying over the notion of leaving her daughter to go to work. “Every working mom is a f—g superhero, and I don’t know how you guys do it,” Williams said in an emotional video made for social media. “Especially if you have to leave for a long time,” the celebrity continued. “I just feel like I’m failing her, and my heart is broken.”

Dozens gave Kiely words of comfort after seeing her love for her oldest daughter on full display. Some, however, accused the singer of being too emotional, which led Kiely to think twice about bringing her vulnerability to the world.

Kiely Williams is most remembered as a member of the Cheetah Girls singing group, which included Raven-Symone and Adrienne Bailon-Houghton. She married her husband in 2016, and the two welcomed their oldest daughter in 2018.