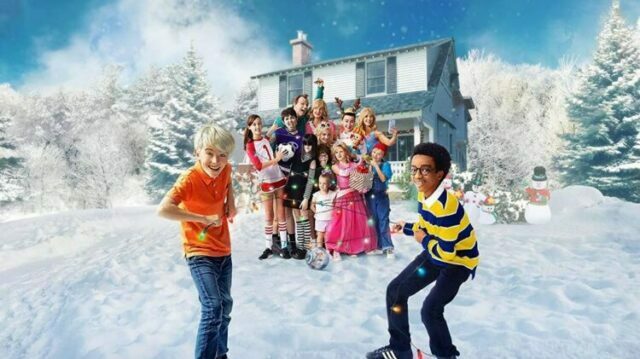 Fans of Nickelodeon’s The Loud House rejoice! The popular animated series will get a live-action series with the cast of A Loud House Christmas.

A Loud House Christmas was so successful for Nickelodeon, the popular entertainment network ordered a a live-action series, starring the same cast. The news was recently announced at the Nickelodeon Upfront Presentation at New York’s Palladium Times Square.

“As one of Nick’s most beloved animated franchises, The Loud House has made its way into the hearts of millions of fans across the globe,” Shauna Phelan, Co-Head of Nickelodeon & Awesomeness Live-Action, shared in a comment about the upcoming series. “When we brought the animated world of Royal Woods to life with A Loud House Christmas, it instantly became a holiday favorite for both new and loyal fans alike, and I just know that they will love what our amazing creative team is preparing for this new live-action series.”

What can fans expect from the new series? Well, check out a synopsis below.

The live action series will follow Lincoln Loud, an 11 year-old boy with 10sisters, as he navigates everyday life while living with such a large family. Known as the “Man with a Plan,” Lincoln enlists the help of his best friend Clyde McBride to tackle the obstacles and mayhem that they encounter during their daily adventures.

Filming on the 10-episode series will start this June in Albuquerque, NM. The new live-action series is set to premiere on Paramount+ and we cannot wait to see it!

DABABY, REMY MA, BEYONCE AND OTHER CELEBS WHO HAVE 'MINI-ME' KIDS

DABABY, REMY MA, BEYONCE AND OTHER CELEBS WHO HAVE 'MINI-ME' KIDS