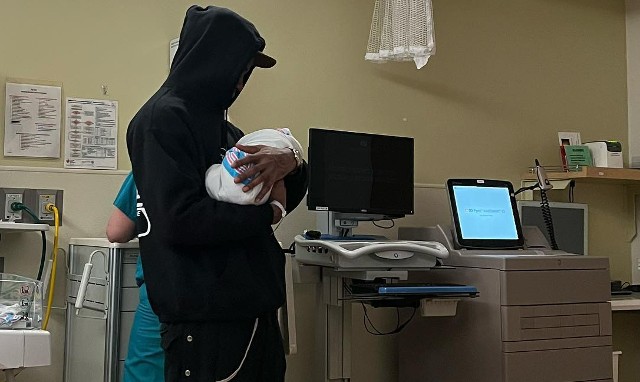 Kylie Jenner and Travis Scott have had a change of heart. The couple have decide to change their baby’s name to something more suitable for his personality.

“FYI our sons [sic] name isn’t Wolf anymore,” Kylie wrote in her Instagram stories in reference to her son’s moniker. 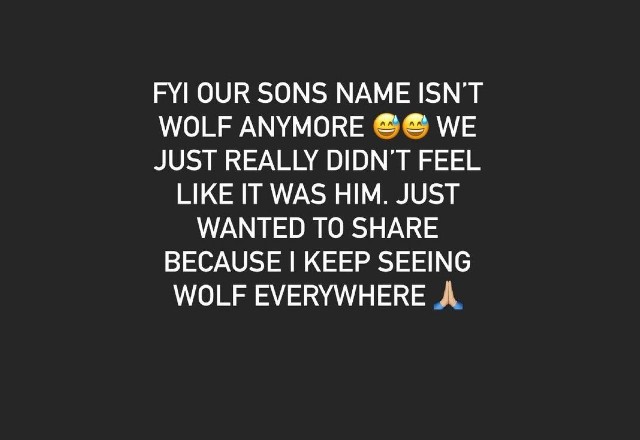 “We just really didn’t feel like it was him. Just wanted to share because I keep seeing Wolf everywhere,” she added, along with a prayer hands emoji.

The announcement comes just hours after Jenner shared a new YouTube video dedicated to her newborn.

Titled “To Our son”, the footage follows Kylie’s second pregnancy journey, from when mom Kris Jenner found out the exciting  news, to her baby shower, to daughter Stormi’s birthday party and finally to the delivery room. 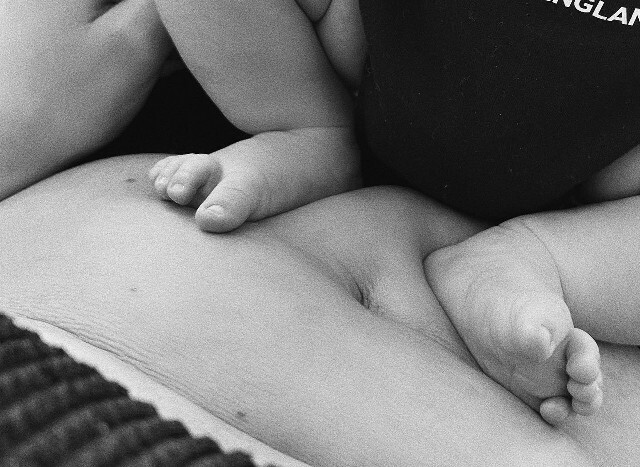 Travis Scott was , of course, by his girlfriend’s side every step of the way. At one point in the video, Kylie asks Scott,  “Are you ready to have another baby?”  He then replies, “I’m ready.” 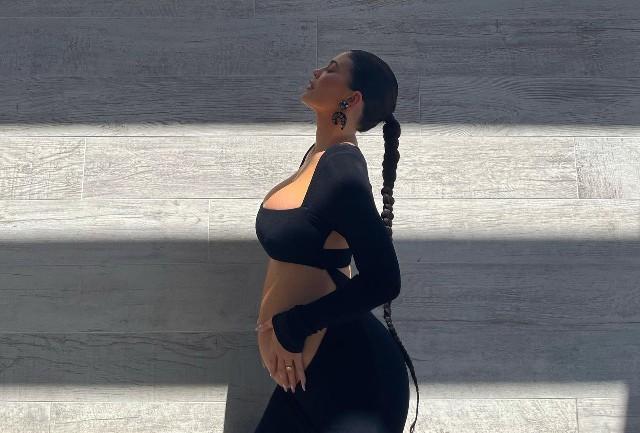 The video continues to the moment that Kylie gives birth.  “He’s out,” one of the doctors is heard saying. “Your son is here!”

“What’s up boy! What’s up big boy,” Scott can be later heard saying to his newborn.

Now almost two months old, Baby Boy Webster has yet to make his official debut to the world. Kylie, however, did recently reveal that her postpartum experience has been “mentally, physically [and] spiritually” difficult.

“It’s very hard,” she said in a series of videos posted to her Instagram Stories last week.

“This experience for me, personally, has been a little harder than with my daughter.”

TIA MOWRY OPENS UP ABOUT HER EXPERIENCE WITH ENDOMETRIOSIS AND PREGNANCY

TIA MOWRY OPENS UP ABOUT HER EXPERIENCE WITH ENDOMETRIOSIS AND PREGNANCY