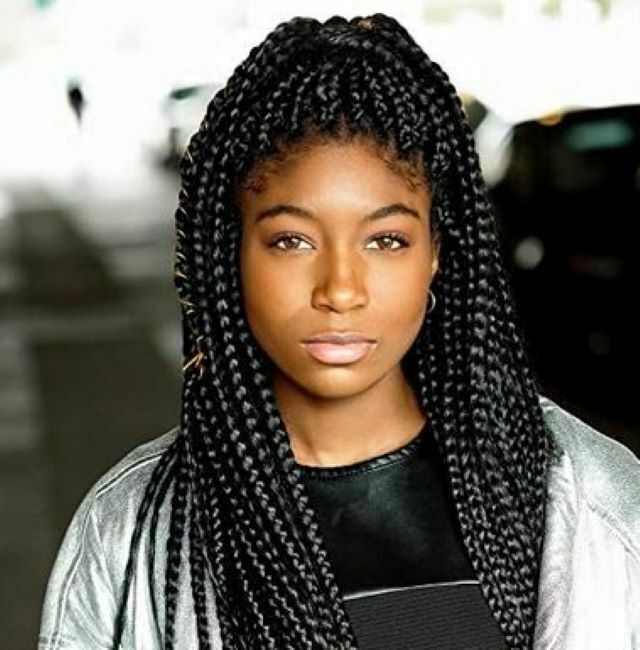 “I’m so grateful to have this opportunity!” the new General Hospital star tweeted. “Thank y’all for the warm welcoming. I’m so happy to be in this position.”

I’m so grateful to have this opportunity! Thank y’all for the warm welcoming. I’m so happy to be in this position 💕 #gh #trina #GeneralHospital

Mikayla, who has been in the role since 2017, along with thousands of other well-wishers, took a moment to encourage and officially pass on the torch to Ali. “You got this!” she posted in the Twitter comments.

Although, this is Ali’s first appearance on daytime television, she is no stranger to the entertainment world. The talented young actress has been working and performing for a decade. The San Antonio, TX-native booked several jobs as an extra on a myriad of television shows and also competed as a contestant on the late 80s/early 90s Disney Channel’s Win, Lose, or Draw.

Ali went on to guest star in series such as New Girl, A Kid Called Mayonnaise, The Big Show, and Stuck Together. Additionally, she added voice actor to her resume by voicing the character of Leelee, a magical sea creature, in two episodes of the animated Nick Jr. preschool series, Shimmer and Shine.

Mikayla is leaving the show in order to concentrate full-time on her studies at UCLA.

“I have loved working on ‘General Hospital,’ but I feel like this is the right time to dive in and enjoy my college experience to the fullest,” Mikayla told Digest in a recent interview. “The cast has become family and bringing the character of Trina to life has been one of the best experiences of my career thus far. Thank you to Frank and the entire team for believing in me and giving me this wonderful opportunity. I will miss working with everyone every day, but I am excited to see what is to come for the show.”

Mikayla’s final episode is scheduled to air on Wednesday, March 17, and Ali will begin airing later in the month.

Congratulations, Tabyana. We will be watching!

CARDI B RESPONDS TO BACKLASH AFTER SHARING A GLIMPSE OF SON

VOTING IS NOW OPEN FOR THE KIDS’ CHOICE AWARDS 2022

VOTING IS NOW OPEN FOR THE KIDS’ CHOICE AWARDS 2022