GET TO KNOW MALIKAH “SPARKLE” SHABAZZ OF GIRL GROUP, ‘GLOTIVATION’ 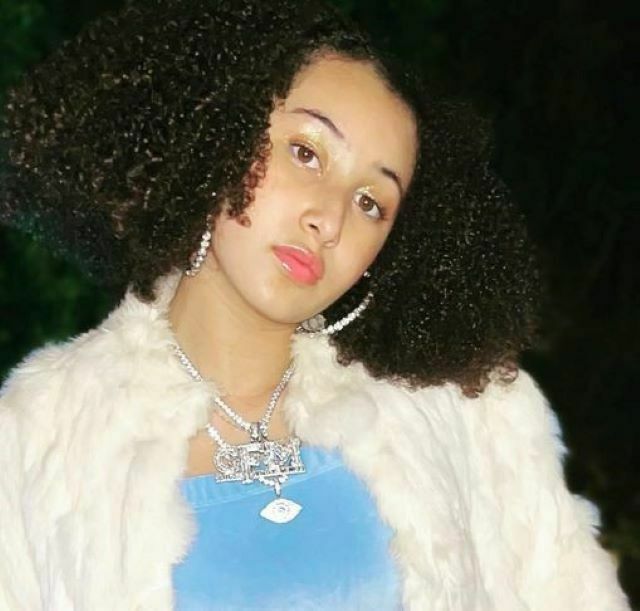 The Los Angeles native has an impressive resume that includes having written a song for Barbie, having gone on tour with Silento, and now the multi-talented artist has become a member of the girl group, GLOTIVATION. Malikah is unquestionably making a name for herself outside of that of her famous family.

Malikah’s career began at the tender age of one-and-a-half-years-old. Learning that she loved the attention and the bright lights of the stage, her parents had her participating in and winning many beauty pageants. Malikah won pageants in Ohio, Florida, California, just to name a few.

At the age of three, she started to dance and fell in love with the craft. Trying out for a competitive dance team, she won a spot and began dancing competitively and training for 25-30 hours a week from the ages of three to seven-and-a-half.

In addition to participating in pageants and dancing, Malikah started training in other avenues such as singing, acting, etc. Malikah began booking commercials almost immediately, in addition to having booked a short film. However, she didn’t stop there. At the age of eight, Malikah began creating her own original music, with awesome music videos to accompany her sound.

Also at the age of eight, Malikah was featured in a workout video with martial arts legend and creator of “Tae Bo,” Billy Blanks. This prompted the rising teen entrepreneur to want to come out with her own “teen workout video,” and she will. Look out for the workout project coming summer 2022.

So what is Malikah up to now? Well, in addition to being 1/4 of the girl group GLOTIVATION, she is also producing, writing, DJ-ing, and is a main host on the “GIRLS MAKE BEATS you glow girl!” podcast. She also recorded a hit song with Miami’s very own super-producer Bigg D that will be also this summer.

Recently, Malikah sat down to answer a few questions in a press interview for the promotion of GLOTIVATION. Check out a snippet of what she had to say below.

What makes you “Show Your GLO”?

Malikah “Sparkle” Shabazz: My creativity through my music.

Malikah “Sparkle Shabazz: To be honest It’s a very hard choice but I have to say my favorite is Kenzie! I love her style, her outfit, and GORGEOUS curls!

What you are most excited about working with the GLO Up Girls?

Malikah “Sparkle” Shabazz: I’m so excited to work with the Glo Up girls because it is a good opportunity to inspire other young girls.

What is the biggest dream you have for yourself right now?

Malikah “Sparkle” Shabazz: To be able to touch and inspire the world with my music and take care of my family.

Where do you see yourself in 10 years?

Malikah “Sparkle” Shabazz: In 10 years, I see myself as a full-blown megastar with countless awards for acting and music. I see myself owning a real estate business and other businesses. I see myself inspiring and being a mentor to the youth.

This is definitely one rising start that you want to add to your watch list. We know that we cannot wait to see what is next!