Home » NEWS » SHOULD LA LA ANTHONY LET HER TEENAGE SON GET A TATTOO?

SHOULD LA LA ANTHONY LET HER TEENAGE SON GET A TATTOO? 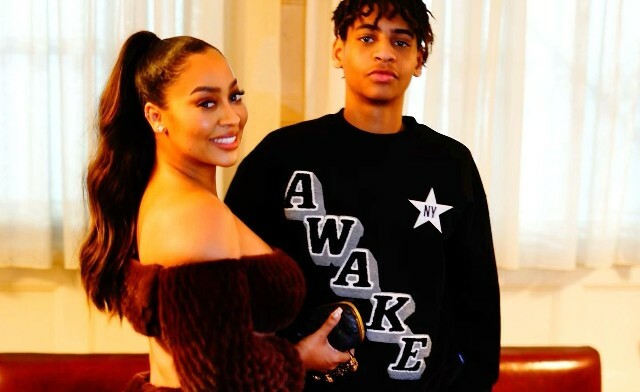 La La Anthony and Carmelo Anthony’s son, Kiyan Anthony, wants to get a tattoo when he turns 16 and he wants your opinion!

In a clip uploaded by mom La La, Kiyan can be heard saying, “Do y’all think i should be able to get a tattoo for my 16th birthday. Let me know in the comments.”

La La admittedly got her first tattoo at 15/16. She writes, “Okkkkk so I did get my first tattoo at 15/16 years old but that first one I regret so bad!! Funny how when you have a kid the same things happen all over again. But I do think 16 is too young for @kiyananthony.”

During an appearance on The Tamron Hall Show in June 2021, the Power star revealed that her son.

“He just got an Instagram probably like a month ago, and he asked me every day for the last like two or three years,” she told host Tamron Hall. “And I was so worried and so against it. I finally caved in about a month ago, and so far it’s been good. We’ve had no issues.”

She continued, “As long as I prioritize him first, which he’ll always be first over anything I’m doing, then kind of everything else falls into place after that,” she explained. “But Kiyan comes before any job or anything at all times, and everyone I work with or anyone who’s a part of what I’m doing knows that.”

The proud mom recently opened up to People about how her son Kiyan’s budding athletic talents inspires her.

“Kiyan and I do work out together. He’s an incredible basketball player. So I go to his practices a lot. A lot of it is me watching him workout. But seeing him in the gym and how focused he is … it motivates me to be more on it because I don’t just want to be sitting around while he’s busting his butt, doing all of that stuff,” she said with a laugh. “So he has been a great motivation.”