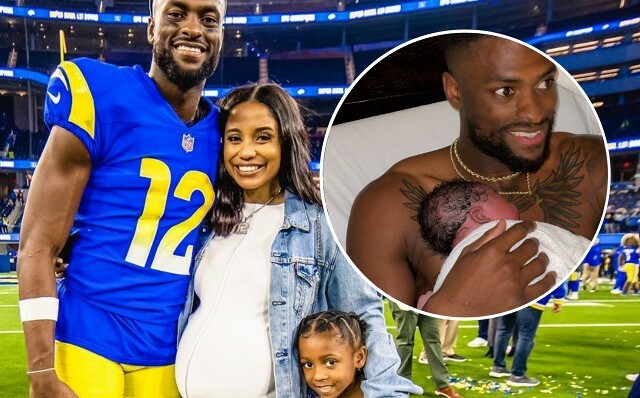 On Sunday, shortly after his Super Bowl win,  Van shared a photo of himself laying in a bed while cradling his newborn son in his arms. 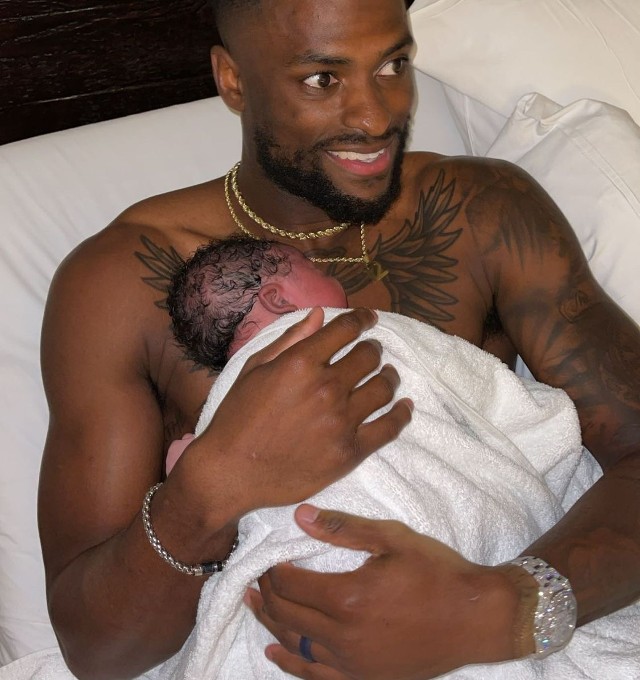 Jefferson skipped the postgame celebration with his teammates after their 23-20 victory over the Cincinnati Bengals in Super Bowl LVI after his then-pregnant wife went into labor mid-game.

“It was a great day, bro,” Jefferson, who caught four of eight targets for 23 yards, said on Instagram Live.

“I got three prizes today — my wife, my son and the Super Bowl.” 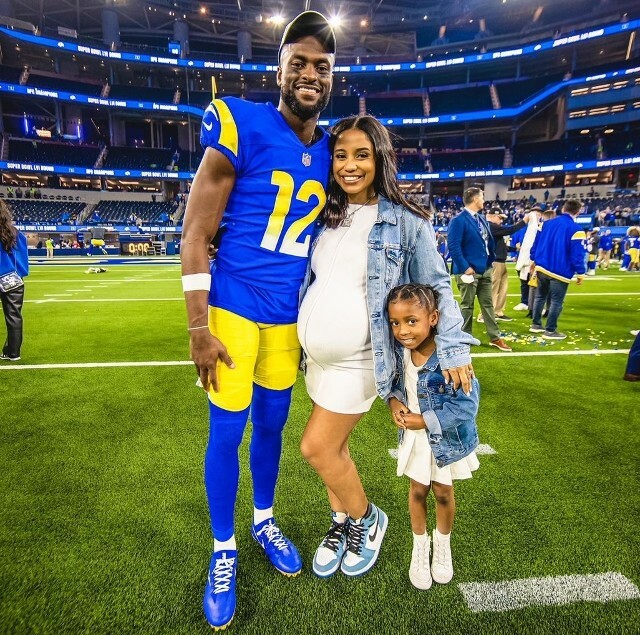 Samaria previously spoke about the possibility of giving birth over Super Bowl weekend.

Samaria, who was due on February 17, wrote via Instagram on Sunday morning that she was “still praying” for that to be the case

According to The Athletic, Samaria told the Rams not to tell her husband if she went into labor during the game. 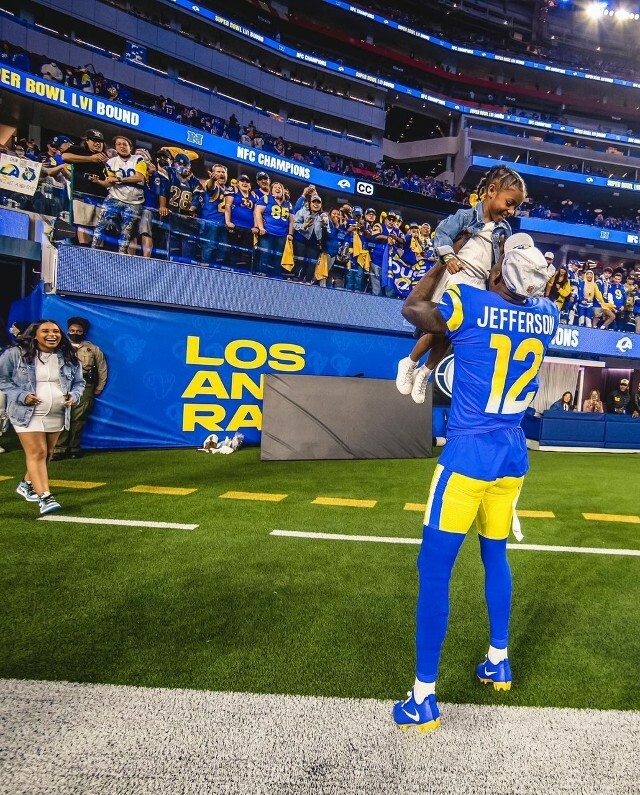 “I’ll see you at the hospital afterwards,'” Samaria told Van. “Hey, you go play. We’ll see you after.”

Van and Samaria, who are high school sweethearts, are also parents to 5-year-old daughter Bella.

“Seven years ago, Sept 19, 2014, the day you asked me to be your girlfriend in high school,” Samaria wrote in September 2021. “We went from being high school sweethearts, bringing our firstborn into the world and then enduring what felt like the toughest, longest breakup. To seven years later, and that 16-year-old HS girlfriend is now your wife AND mother to our second child together. I always knew you were my soulmate.”

The couple have yet to name their son.