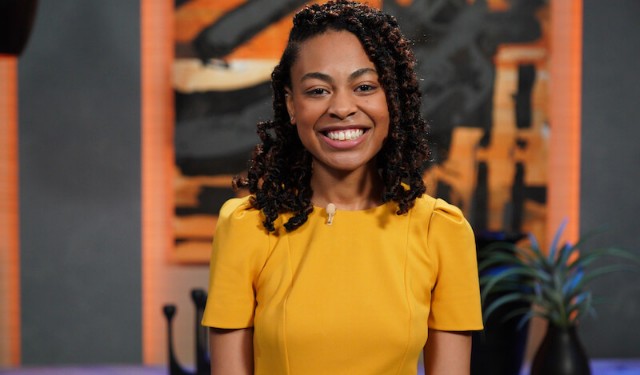 Nineteen-year-old Tania Speaks is unquestionably one entrepreneur that you want to put on your watch list. The beauty brand founder landed a $400,000 investment deal on the hit ABC television show, Shark Tank.

Dallas Mavaricks owner and entrepreneur Mark Cuban made the deal with the teen beauty brand founder.

“We made a deal! Thank you @mcuban for believing in me. This has been such a monumental experience. When starting my journey, I never imagined being in the same room, let alone making a deal. This is beyond what I could have asked for,” Speaks posted on Instagram.

She continued, “I am extremely grateful! Thank you everyone for all of the support and kind words. If you think you have a plan, it’s always going to be bigger than you! This is only the beginning.”

Speaks is the owner of Tania Speaks Organic Skincare.

According to CNBC, Speaks launched her company in 2017, years after being bullied in school because of her bushy eyebrows. The bullying started in elementary school. By high school, Speaks had developed an organic growing and styling eyebrow gel, testing the product out on some of her friends. Speaks began selling her product at school, working her way up to trade shows and eventually launching her own website. Fast-forward to present day, and Tania Speaks Organic Skincare boasts a wide variety of products including cleansers, toners, moisturizers and even beard oil.

Although Mark Cuban was impressed by Speaks’ $2.4 million in sales since 2020, and a net profit of $700,000, that wasn’t what sealed the deal for the Shark. Cuban was truly inspired by Speaks’ inspirational story.

“I want [my daughters] to meet you, and I want them to learn from you,” Cuban said, posing Speaks’ mentorship as a contingency of his offer. “Maybe you’ll even learn something from them.”

Cuban offered Speaks $400,000 in return for a 15% stake in her company, which made $1.4 million in annual revenue at the time of filming the episode, according to Speaks.

“I couldn’t have asked for a better outcome,” Speaks said in response to Cuban’s offer. “Like, it was amazing. They even said I would sit there one day and be a Shark. That’s the highest compliment I’ve ever had.”

Congratulations, Tania! We definitely have to agree with Mark Cuban. You will unquestionably sit in one of those Shark seats one day!