RIHANNA IS PREGNANT AND EXPECTING FIRST CHILD WITH A$AP ROCKY 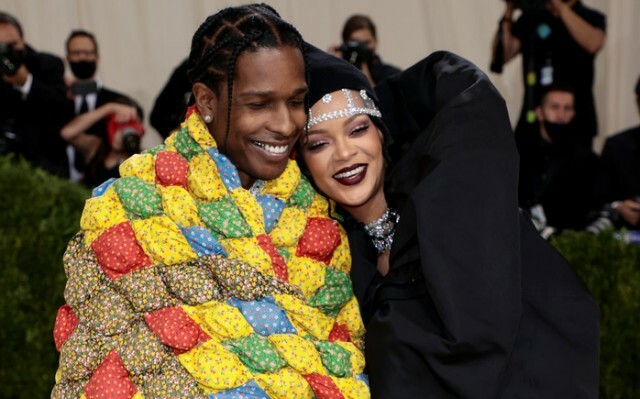 Rihanna is pregnant and expecting her first child with A$ap Rocky!

The singer and fashion mogul debuted her baby bump while on a stroll with her boyfriend in Harlem, A$AP’s hometown, over the weekend. Rihanna wore a long pink jacket that was kept closed by just one button and a pair of ripped jeans for the outing.

Rihanna previously spoke about wanting to start a family with British Vogue in March 2020.

“You don’t have a lot of time to tolerate s—-, you know? You put so much on your plate. When you’re overwhelmed, you need to start cutting things out. And I’m overwhelmed too much,” she said at the time. “What’s happening now is that I’m going back to black and white. My gray area is shutting down.”

“I know I will want to live differently,” she added, saying that within the next 10 years she sees herself having “three or four” children, whether she has a partner or not.

A$ap also recently said that fatherhood is “in my destiny, absolutely.” Adding, “I think I’d be an incredible, remarkably overall amazing dad. I would have a very fly child. Very.”

As for his relationship with Rihanna, he said, “So much better. So much better when you got ‘the One.’ She amounts to probably, like, a million of the other ones. I think when you know, you know. She’s the One.”