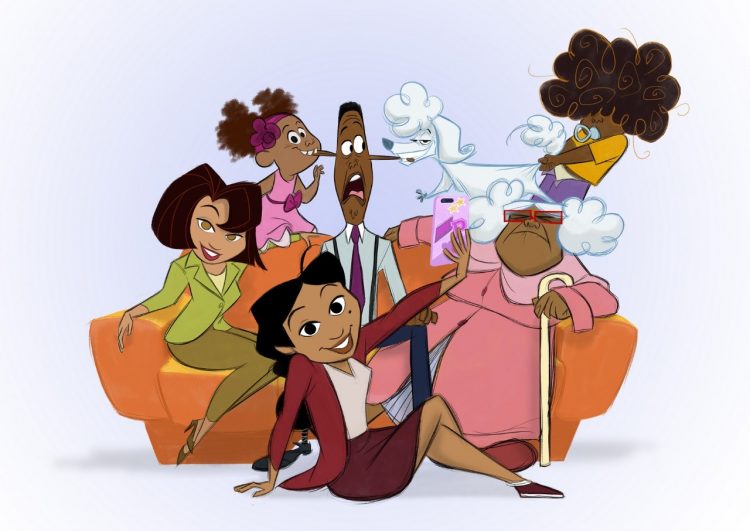 In the clip, Proud family patriarch Oscar isn’t quite pleased at how his daughter Penny is changing into a young woman right before his eyes.

The Proud Family: Louder and Prouder is a continuation of the original Disney Channel series, which aired from 2001 to 2005, picking up with 14-year-old Penny Proud, navigating modern life only how she can. The majority of the original cast will be back to voice our favorite characters. Actors who will come back for the new series include Kyla Pratt as Penny Proud, Tommy Davidson as Oscar Proud, Paula Jai Parker as Trudy Proud and Jo Marie Payton as Suga Mama.

A long list of A-listers have signed-up to voice guest-star on reboot as well. A few of those A-listers include: Lil Nas X, Normani, Lizzo, Jaden Smith, Tiffany Haddish, among others.

So, just what can fans expect from the upcoming revival? Well, check out a synopsis below.

The 2020s brings new career highs for mom Trudy (Paula Jai Parker), wilder dreams for dad Oscar (Tommy Davidson) and new challenges for Penny, including a socially woke neighbour who thinks she has a lot to teach her, bullying social media influencers who want to cancel her and her own teenage hormones.

“I did the ‘Proud Family’ when I was 14-years-old,” Pratt said in a video that was released, celebrating the show’s 20th anniversary. Pratt portrayed the leading role of Penny Proud on the popular series. “I didn’t realize the impact that it had on me recording it, it was having that same impact on the people watching.”

The Proud Family: Louder and Prouder will hit the airwaves on February 23 on Disney+. If you haven’t seen the official trailer, check it out and let us know if you plan on watching?

FIVE BEST "ENCANTO" TOYS THAT YOU NEED IN YOUR HOME NOW

FIVE BEST "ENCANTO" TOYS THAT YOU NEED IN YOUR HOME NOW