In Theaters Next Month! 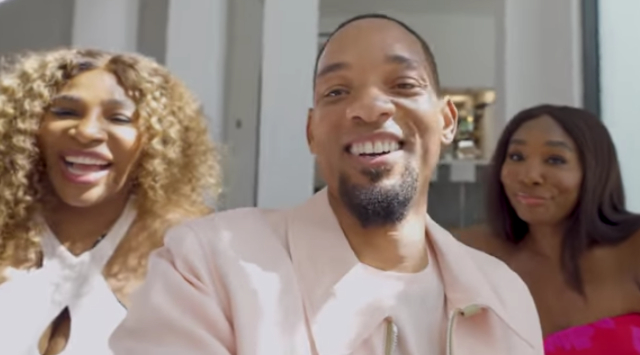 Venus and Serena Williams are joining Will Smith in giving fans insight into their upbringing, which led to their statuses as international icons. The tennis superstars recently joined the veteran actor is presenting the latest trailer for King Richard.

Richard Williams knew his daughters would be successful tennis players before Venus and Serena understood the greatness resting inside of them. Such is the reason why the loving father trained his daughters with tenacity and refused to allow the norms of the industry to serve as the determining factor as to how far his girls could go in the industry.

King Richard is the story of Richard Williams along with Venus and Serena Williams. The film has already received a Rotten Tomatoes rating of 92 percent with top critics giving the movie kudos.

“Manages to be both a surprisingly nuanced portrait of a flawed and deeply complicated man and the kind of classic-uplift sports movie that used to fill multiplexes once upon a time,” Leah Greenblatt of Entertainment Weekly writes in her review. Robbie Collin of Daily Telegraph writes, “While King Richard expects you to play along with its fudges and elisions, its story still feels as momentous as the Williams sisters’ own achievements – which, in a genre that naturally tacks towards cliché, is no mean feat.”