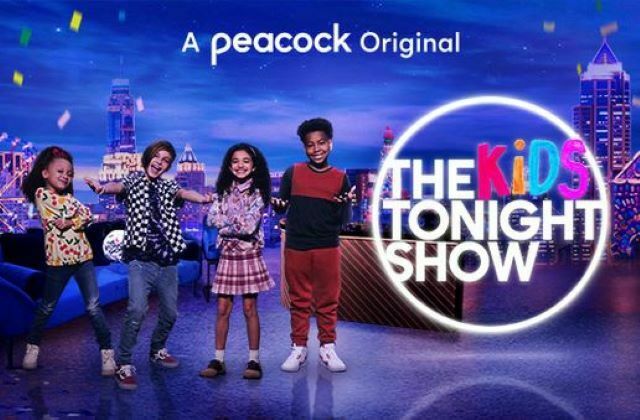 Television has yet another talk show on air. Peacock’s The Kids Tonight Show will premiere tonight with Dylan Gilmer as one of the show’s hosts.

Executive produced by Jimmy Fallon, The Kids Tonight Show, is a new late-night series on Peacock that will drop two new episodes weekly.

This show will unquestionably prove that the kids are in charge. In a recent NBC Entertainment press release, it is stated that, “Viewers can expect to get next-generation interpretations of all the beloved Fallon bits, celebrity interviews and signature late-night fun for kids and the whole family.”

The talk show is hosted by an ensemble of four talented young entertainers: Recker Eans, Mykal-Michelle Harris, Olivia Perez and Dylan Gilmer, aka, Young Dylan. Joining the writing room is talented kid writer, Mykey Cooper. The new series will shoot in Studio 6A at 30 Rock, across the hallway from Fallon’s own Studio 6B.

When Gilmer was asked in a recent interview with People Magazine what he thought about his famous long-time talk show host boss, the talented teen commented, “It’s so crazy, he’s just so lovable, everybody says he’s like a big kid. He’s a kid in a grown man’s body.”

Gilmer went on to say that Fallon gave he and his co-hosts invaluable advice about doing the show.

Eans adds on to that and said that Fallon also told them to, “Be yourself, make a mess, be funny.”

SEAN 'DIDDY' COMBS SENDS HIS DAUGHTERS OFF TO HOMECOMING