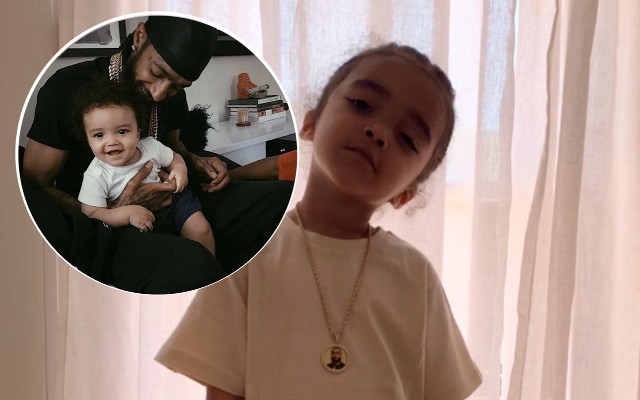 Lauren London and Nipsey Hussle’s son, Kross Ermias Asghedom, is in full celebration mode. The youngster commemorates his fifth birthday today (August 31). Lauren took to Instagram to give her son well wishes on his special day.

“Kross The Boss,” Lauren exclaimed in her social media post. “My baby is 5,” the celebrity mom declared. “My Lighthouse. My Strength. Love 💙 BabyHussle.”

Kross Asghedom is Lauren London’s youngest child. The little one arrived in 2016, which was just under three years before his father’s untimely passing.

Nispey Hussle died on March 31, 2019, after suffering gunshot wounds in front of his store, Marathon Clothing, in South Los Angeles. The rapper was murdered by an old friend who got into a verbal altercation with Hussle moments before leaving the location and returning to kill Nipsey. The rapper’s friend-turned-foe was captured by police shortly after committing his crime, which was captured on security footage.

Lauren London has managed to move forward despite experiencing immense tragedy. The actress spoke with Queen Afua about how she was grappling with the loss of her boyfriend on Mother’s Day.

“Today, for me, I would have had Nip here a couple years ago or a year ago to say, ‘Happy Mother’s Day,’ bring my flowers, and [now] I don’t,” London shared. “So in that space where I don’t have him physically here, I nurture it into myself,” the actress said. “I will embrace the love that I do get from my family.”

Lauren further explained, “I fully embrace that, right. I will fully be present with my kids today because time is not promised. I will light a candle for my beloved. I will do the things that honor him that I know that he respected. And yeah, I feel more importantly, when there’s an empty space, when there’s a loss, you just do things in their honor and that fills up a little bit of the hole.”

Kross is Lauren London’s only child with the late Nipsey Hussle. The little one will split $4.7 million annually from his father’s estate with his older sister, Emani Asghedom, whom Nipsey fathered from a previous relationship. Lauren London has two kids, Kross Asghedom and Kameron Carter, in all.

PREGNANT CARDI B SUPPORTS OFFSET AS HE RINGS THE NASDAQ BELL

PREGNANT CARDI B SUPPORTS OFFSET AS HE RINGS THE NASDAQ BELL