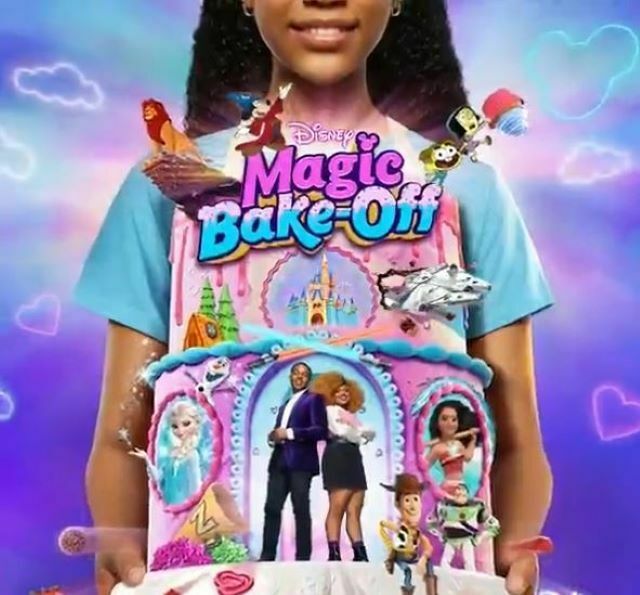 In the new episode bakers will set out to create a cake of a modern-day princess complete with 3D wardrobe and a glass globe to reveal their true selves and an empowering message. Co-hosts Dara Reneé and Issac Ryan Brown, along with Disneyland pastry chef Gracie Gomez, welcome back baking influencer Rachel Fong to help them declare a new Disney Baking Champion of the night.

In addition to the other super-talented bakers, Houstonians Michael and Madeline Ashby, aka team, “Once Upon A Cake,” throw their hats into the contestant ring to see if a royal edict will be declared, announcing them the winners of the “Cakeness of Greatness trophy”.

The Disney Princess Remixed – An Ultimate Princess Celebration is an all-new music special that will be narrated by 12-year-old social media star Txunamy Ortiz. The half-hour special will celebrate the empowering attributes of Disney princesses and queens through reimagined performances of their iconic songs. The music special will also be available on Disney+ the same day, in select markets, including the U.S.

By some chance if you have yet to see a Disney’s Magic Bake-Off episode and this is your first, let’s make sure that you are truly ready for the show. Here’s a brief synopsis below.

Disney Channel and modern media company Tastemade team up to present Disney’s Magic Bake-Off, a one-hour unscripted competitive series for kids 6-14 combining the wonder of baking with the ingenuity of young pastry chefs. Multitalented stars Dara Reneé and Issac Ryan Brown co-host this series where imagination rules and teamwork triumphs as three teams of two race against the clock to create the most extraordinary cakes inspired by the magic of Disney. Co-hosts Reneé and Brown with Disneyland Resort pastry chef Graciela Gomez, who serves as baking judge, guide the kid bakers through fun challenges and unexpected twists, all designed to elevate the contestants’ baking abilities, techniques and creativity to new culinary heights. Each episode will declare a winning team to be named Disney Baking Champion. The winning recipe will become a featured Tastemade video available on Disney Channel and Tastemade social media platforms.

BRANDY AND DAUGHTER SY'RAI ARE TWINNING IN BRAIDS