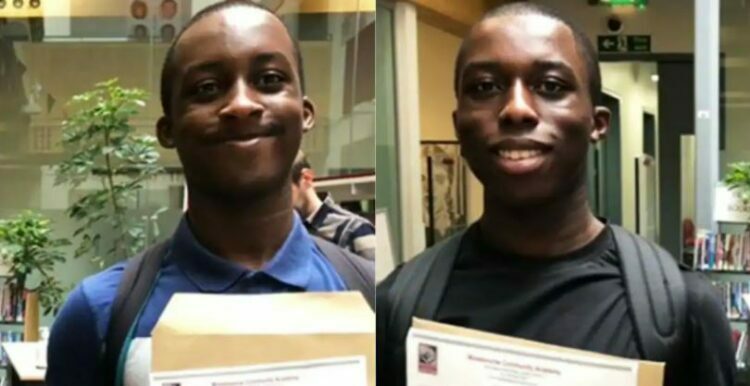 Massive congratulations are in order to Emmanuel and Ebenezer Boakye. The twin brothers aced their HS exams and got into Oxford and Cambridge Universities. 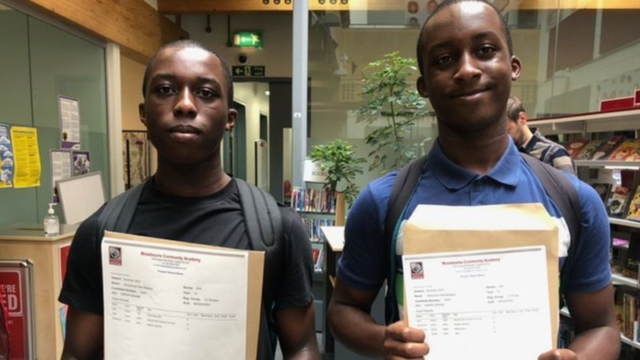 [I’m] not really processing…It’s not really sunk in yet,” Emmanuel told reporters of his reaction to the accomplishment in a recent interview. The London 18-year-olds scholars were raised in a single-parent household by their mother, Victoria Genfi. They credit her as one of their strongest supporters.

“We’ve always had people in our corner, our mum and the school, supporting and pushing us to do it,” Emmanuel continued.

Their mother, who is, of course, extremely proud of her boys, also couldn’t put into words her excitement for the boys.

“I can’t put into words how proud I am or how wonderful they are…We’ve come a long way. I believe that no matter what background you come from if you push your children and support them through everything, they can achieve anything,” Genfi said.

So, which one of the prestigious schools have the boys settled on?

Well, at first, they were both headed to Cambridge together. However, according to Because of Them We Can,  that all changed when Emmanuel participated in an Oxford University African Caribbean Society event. Now, he will attend Oxford to study English literature.

A post shared by The University of Oxford (@oxford_uni)

Ebenezer will study at Cambridge, focusing on learning Spanish and Russian.

Despite the fact that the two brothers will attend different universities as they embark upon the next educational phase in their lives, they have agreed to not make it into a rivalry and focus on “[making] their mum proud.”

As for their number one cheerleader, she plans on keeping both boys well-fed as she is gearing up to to deliver home-cooked meals to both sons once a month, alternating between the schools.

Congratulations, Emmanuel and Ebenezer! You all graduated with top grades and honors from high school, we cannot wait to see what awaits the both of you at two of the most prestigious universities in the world!