Home » NEWS » LESLIE ODOM JR. AND WIFE SHARE IMPORTANT LESSONS THEY PASS ON TO THEIR CHILDREN

LESLIE ODOM JR. AND WIFE SHARE IMPORTANT LESSONS THEY PASS ON TO THEIR CHILDREN 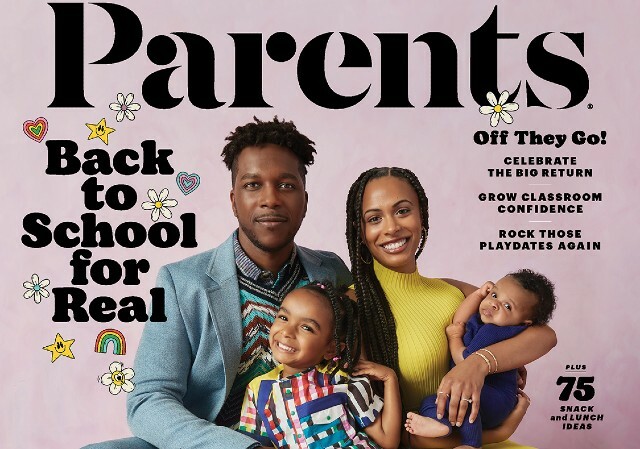 The old proverb, “it takes a village to raise a child,” is nothing less than true. No parent has all of the answers. Sharing knowledge with each other is what gets us all through. Recently, Grammy-and Tony-winning actor, singer, and songwriter Leslie Odom Jr. and his wife Nicolette Robinson sat down with Parents.com to share important lessons they pass on to their children and more.

Take a look at snippets from the interview below.

What was it like to play a couple in One Night in Miami?

Robinson: We’ve done music together. We help each other with auditions. But this was the first time that somebody hired us to play opposite each other onscreen. It just felt really easy.

Odom: We got to lean into the comfort of our 13-year partnership. But the characters—based on real people, singer Sam Cooke and his second wife, Barbara—in the movie, they’re 20 years in. They met in grade school and are at a contentious time in their marriage. They’ve lost a child and there’s been infidelity. Those parts you imagine as much as you can let yourself.

Your daughter, Lucille, goes to pre-K this fall. What are your hopes for her with school?

Robinson: We’re really excited about the social aspect of it for her. When she spends time with other kids, there’s just such a huge leap in her development.

Odom: She’s our first kid, so we’re going to learn a lot too. We’re no experts!

What was school like for you two growing up?

Odom: It was a little bit of a drag. It was way more buttoned-up than Lucille’s preschool is. I turned out okay, but I’ll say I was very excited to relieve my kid of some of the pressures by choosing a place that is less about testing and grades.

Robinson: I loved school as a kid. I was a really well-behaved kid, so my parents didn’t have much trouble with me, but school was competitive. The circle that I grew up in, it was very much about doing the best, being the best. That is something that I want to protect Lucille from, just to allow my kids to fail. I was so afraid of failure growing up.

What do you bring to parenting from your childhoods?

What are those things?

Robinson: Also, how to set boundaries. How to say no. How to stand up for yourself. One of our favorite stories came from my mom, who saw it happen on grandparents’ day in Lucille’s preschool. Lucille and her best friend were playing in the sandbox, and there was this other little girl who was bullying them, trying to kick them out. My mom said Lucille told her, “Don’t talk to us like that.” It reminded us that we have a tough cookie.

To read the remainder of the parenting advice from the talented Hamilton star and his wife, click here.