Home » NEWS » USHER’S EX-WIFE, TAMEKA FOSTER, OPENS UP ABOUT THE LOSS OF HER SON AND MORE IN NEW MEMOIR

"This Is Not A Depressing Book" 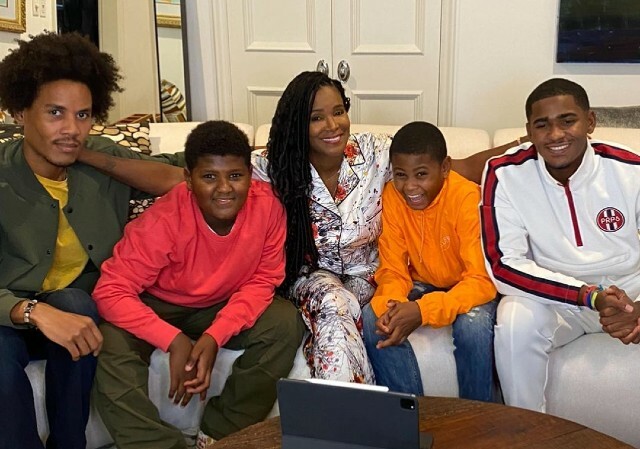 Usher’s ex-wife, Tameka Foster, opens up about the loss of her son in her forthcoming memoir, Here I Stand … in a Beautiful State. The fashion designer shares her reason for writing a book with the press.

“It’s not all about crying,” Tameka says in a statement. “Readers are going to laugh. Even though there are chapters about death and divorce, this is not a depressing book,” the celebrity adds.

Tameka Foster’s son, Kile Glover, passed away on July 21, 2012, after suffering brain damage from an accident on the lake. Kile and his friend were struck by a boat driven by a man named Jeffrey Hubbard who did not see them in the innertube of the body of water. Kile’s friend was severely injured in the crash. Tameka’s son succumbed to his injuries two weeks after the accident. Tameka keeps the memory of her son alive by referencing him as one of her five heartbeats.

Foster shares the details about her son’s passing in her memoir along with her near-death experience. “After several years of contemplating writing about her life, she decided to write a book after having a conversation with three women on a beach in Bali,” a press release about Tameka’s memoir reads.

“As they spoke, they learned who Raymond’s ex-husband was and they were insistent there was no way she could be who she said she was because his wife had died,” the statement continues. “They were referring to her near-death experience in Brazil, which has been grossly misreported in the media. After that hilarious and memorable conversation on the beach, Raymond knew she had to write a book. It was time to clear up all the rumors and outright lies about her fashion career, her marriage, and her parenting.”

Tameka Foster’s memoir is slated to make its public debut in the coming weeks. She has five kids in all and two children, Naviyd and Usher V, with recording artist Usher Raymond.