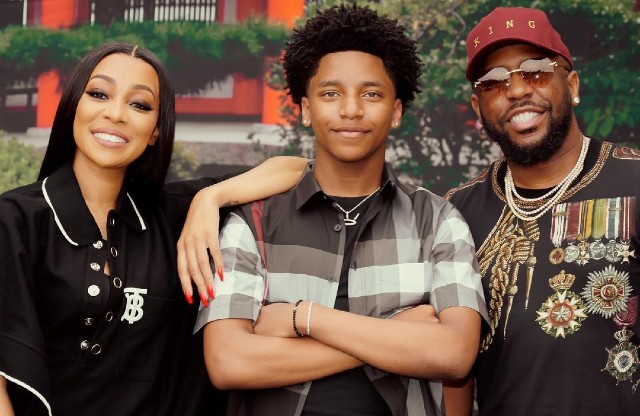 Jasmine Shah served as the party’s event planner. The “Design Girl” ensured every part of the bash revolved around Rodney III’s favorite cuisine. “Inspired by Japan,” Shah shared on her Instagram page. “Thank you, Monica, for trusting me with your family’s milestones [for] five years now,” the event planner said.

Bravest Balloons provided the decor for Rodney III’s party, while Da Sneaker Peddler made certain the teen was looking fresh for his bash. Monica’s outfit was made possible by Luxury Snob.

“I can’t believe how big these boys are,” La La Anthony shared in response to seeing pictures and video clips from Rodney III’s birthday party. “So handsome and humble,” the television personality said. “Man he is so grown,” Eudoxie Bridges wrote. Ludacris, Eudoxie’s husband, agreed.

Rodney III was born on May 21, 2005. He is the oldest of Monica’s three children. Monica often credits Rodney III with helping her mature into the woman she has become. The singer recently deemed motherhood as the guiding light that helped her better appreciate her mother, Marilyn Best.

“I was able to avoid a lot of things that happen, especially to children who become celebrities, because I felt comfortable in my own skin because of my mom,” Monica shared during an exclusive interview with PEOPLE. “She instilled certain morals and values, and she said, ‘Regardless of where you go, take you with you wherever you go. Whatever you’re around, whatever you see, never allow it to play a part in who you become.'”