"The Determination In Me" 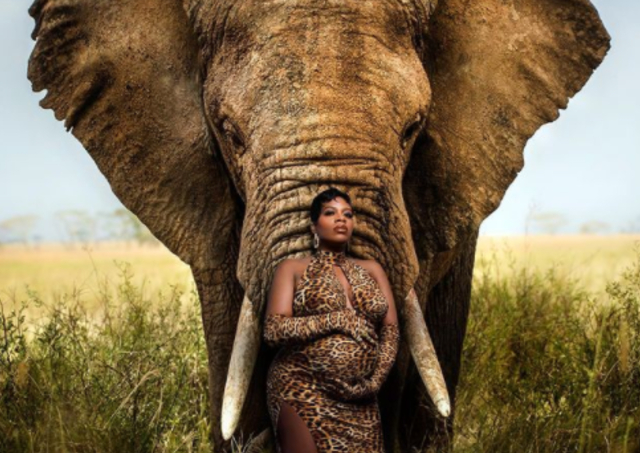 Fantasia Barrino experienced contractions during her maternity shoot. The American Idol alum told her social media fans on Thursday (June 10) that she began going into labor during what turned out to be her final maternity photoshoot.

“The Determination in me is the same thing I see in My Children,” Fantasia told her supporters. The celebrity mom also uploaded a video clip that featured her onset during the shoot.

“While I was doing this photoshoot I was having contractions the entire time,” Fantasia revealed. “@mrdblanks @derickuscrawford @albert_montris and @kilprity were all asking if I wanted to stop or sit but I kept going because I wanted my pics,” the celebrity mom mused.

Fantasia welcomed her daughter, Keziah Taylor, on May 23, 2021. The little one arrived early, which prompted her admittance to the NICU. “Keziah was born a little too early,” Fantasia told her fans days after giving birth. “But she is a fighter just like her Mother,” the celebrity declared.

Fantasia revealed that she was “almost home” with Keziah on Wednesday (June 9), which led many to believe that the singer’s baby girl would be released from the hospital in the coming days. She celebrated all three of her children in her latest Instagram post.

“#determined @zionbarrino_ is me all over again when I was her age,” Barrino said of her oldest daughter, Zion. “@keziahlondontaylor is me right now and Dally is my thinker and that’s me as well except he shows me how to think differently,” the celebrity mom shared of her son, Dallas, and her youngest daughter.

“The word says in the last days a child shall lead,” Fantasia said in reference to a Bible passage. “My Mini Me’s,” the celebrity mom declared.