"The Cutest Dior Duo I Ever Did See" 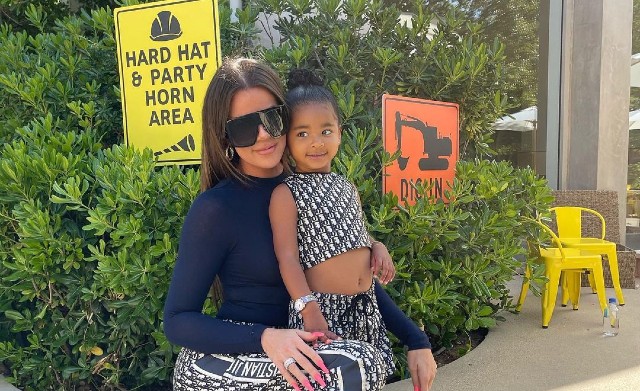 Khloe Kardashian and her daughter, True Thompson, are Dior beauties. The Keeping Up With The Kardashians (KUWTK) star shared pictures of herself with her daughter in which the two matched outfits.

True’s apparel was the same design as her mom’s pants. Khloe wore a blue top to go with her pants but, nevertheless, was still in fashion sync with her daughter.

“Besties,” Evelyn Lozada shared in response to the series of pictures Khloe shared with her social media fans. “Love you both,” the Reality TV star added. Another fan wrote, “The cutest Dior duo I ever did see.” 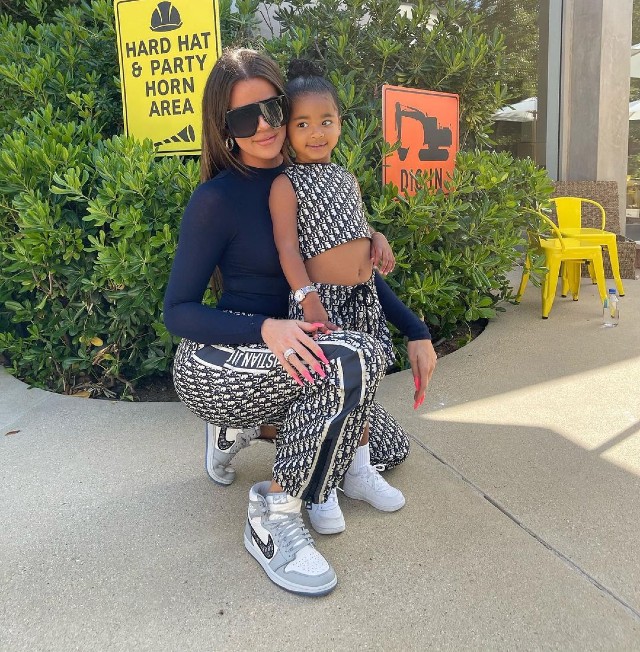 True Thompson may soon be a big sister if her mom decides to go through with a surrogate. Khloe discussed the notion of expanding her family with Tristan Thompson during a recent episode of Keeping Up With The Kardashians. The celebrity mom, who was previously ready to go all-in with surrogacy, expressed her doubts about the process.

The therapist revealed the surrogate’s right to end the pregnancy if the embryos split to create twins. The news was quite shocking to both Khloe and Tristan.

“I’m definitely getting freaked out I think as the questions go by just because I, of course, I know it’s her body, my baby, but I really did not put two and two together that that means she has the control whether she would want to, you know, terminate the twin,” Khloe shared during the episode’s confessional segment. “Me not having control over that outcome makes me very nervous,” the celebrity admitted.

Khloe previously revealed her fertility struggles that would make her attempt to carry a child high-risk. The celebrity mom has, however, not been able to get away from the notion of giving her daughter a younger sibling. Khloe has also expressed a desire to have more kids with Tristan for the sake of their daughter.

Get updates on Khloe Kardashian’s journey as a mom every week when Keeping Up With The Kardashians airs on E!