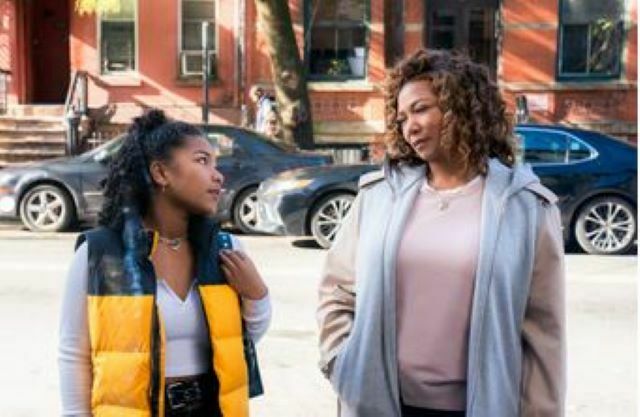 Sixteen-year-old Layla DeLeon talks about her high profile role on The Equalizer with Ebony Magazine. From her first roles to joining Yara Shahidi, Amanda Gorman, and others as a voice for social change, DeLeon dishes all.

Take a peek at some of her responses to the popular outlet below. Make sure to tune-in and watch CBS’s hit show, The Equalizer on Sunday’s at 8:00 pm ET.

I never knew voiceover was a thing. My whole goal [had been] to do live-action, and I didn’t know I could do voiceover,” she says. “It was new territory for me, but when I got the audition, I already had heard about the show and I was so excited—it was one I really wanted.

DeLeon won an NAACP Image Award for the animated Disney series which she voiced the main character from 2014 to 2020.

DeLeon on working with Queen Latifah.

She’s incredibly talented. She knows how to just bring the intensity and her light to set every single day.

DeLeon on her true passion.

I want to work with actors and directors who have inspired me. I just really want to keep going on this path and find fulfillment from acting because it truly is a passion.

DeLeon on the “Time Square” episode of The Equalizer where she got to not only act, but rap as well.

That Times Square performance is probably my favorite moment of filming. We had so much fun that day. We got to perform with the Hezekiah Walker Youth Choir, and they were awesome and so welcoming. And, I got to rap for the first time! I got to get out of my comfort zone.

The [executive producers] Terri [Edda Miller] and Andrew [W. Marlowe] put a lot of trust in me to just go for it and have a lot of fun, and I even got the approval from Queen after the performance. She was like, ‘Girl, you did that. You did that!’ I [felt] if I got Queen’s approval, then I’m good.

DeLeon on using her voice for social justice.

As a biracial young woman, Black and Filipino, DeLeon says that she’s motivated to use her platforms “to really stress that equality matters.”

Reading up and making sure you really know your facts is vital in making sure we get the right message out there. It’s important that we know what we’re talking about because we’re the next generation that’s going to be voting.

We cannot wait to hear and see more of DeLeon. We having a feeling that she is at the precipitous of amazing things to come! Just in case you haven’t seen an episode of The Equalizer, check out the show’s first trailer below.