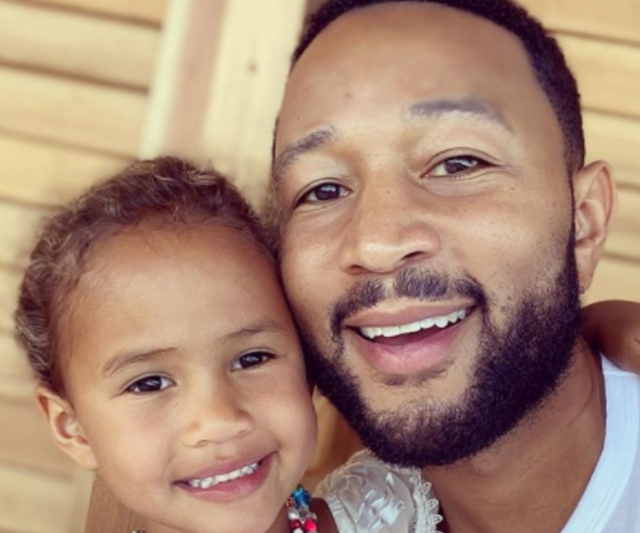 John Legend is teaming up with Simone Biles and other Olympians to promote the latest SK-II campaign. The celebrity father shares how he tries to pass on the notion of self-love to his daughter, Luna Stephens.

“[Simone]’s such a gifted, gifted athlete,” John says of Olympic Gold Medalist Simone Biles. “Once in a generation,” Leged adds. “But she still deals with challenges. People critiquing the way she looks and people harassing her online and trying to, you know, shoot her down even as she’s succeeding in such a monumental way. And despite all of that, despite all those challenges, she still continues to triumph over adversity.”

The SK-II campaign promotes positivity from various angles. In particular, the latest promotion advocates for individuals to accept themselves without comparison to the next person in terms of physical appeal.

“I don’t know how we’re gonna steel up our kids for that, but we’re gonna try to give them values of being kind, being loving, and putting positivity out into the world,” John Legend says of his goals as a parent in relation to the campaign.

“I want to continue to talk to them about not being competitive about the way they look,” the celebrity father continues. “That’s a challenge because even at age five, Luna was asking me the other day, like, ‘Who do you think is prettier between this and that person?'”

“[I told Luna], ‘I don’t really want to answer that because it’s not really up to me to decide who’s prettier. And everybody’s pretty and everyone’s beautiful in their own way. They’re just different from each other. And what’s different is what makes you special.'”

SIX GIFTS FOR MOM THAT YOU CAN BUY NOW ON AMAZON

SIX GIFTS FOR MOM THAT YOU CAN BUY NOW ON AMAZON