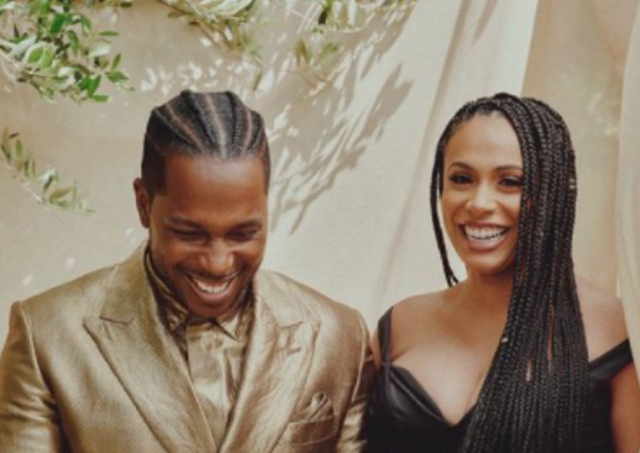 Leslie Odom Jr. had more reasons than one to celebrate at this year’s Academy Awards. The celebrity father, who was nominated for two Oscar awards this year, took to Instagram to celebrate his wife, Nicolette Robinson, who gave birth to their son, Able Phineas, a few weeks ago.

“My date to the ball last night,” Leslie said of his wife. “Four weeks after giving birth,” the actor doted in reference to his spouse’s figure. “Somehow I feel like maybe…I won a little bit,” Leslie gushed. “What a season it’s been! Full of gratitude.”

Nicolette Robinson and Leslie Odom Jr. welcomed their son on Sunday, March 25, 2021. The little arrived months after his parents shared the news of their expectancy with the public.

“Lots of reasons to celebrate over here,” Leslie told his social media fans after his wife gave birth. “Lots of reasons for hope too,” the actor said. “Baby boy and mama are doing swell. Praying for him and all the little ones on the way! The new class!! … We’ll make it right for you.”

Nicolette doted on her and Leslie’s newborn son during a red carpet interview with Giuliana Rancic of E! at this year’s Academy Awards. “It’s amazing. He’s the sweetest. He’s a dream baby,” Robinson said of baby Able. “We’re enjoying every second,” the celebrity mom added. “This is parents’ night out, our first!”

Leslie was nominated for two Oscars for his role in Regina King’s One Night In Miami (2020). The movie revolves around the night of February 25, 1964, in which Malcolm X, Cassius Clay, Jim Brown, and Sam Cooke sat down to discuss their success as Black men during the civil rights movements of the 1960s. Odom portrayed Sam Cooke in the film.