PORSHA WILLIAMS CALLS DAUGHTER HER ‘LIFESAVER’ AHEAD OF HER 2ND BIRTHDAY

"I Still Wake Up In Amazement" 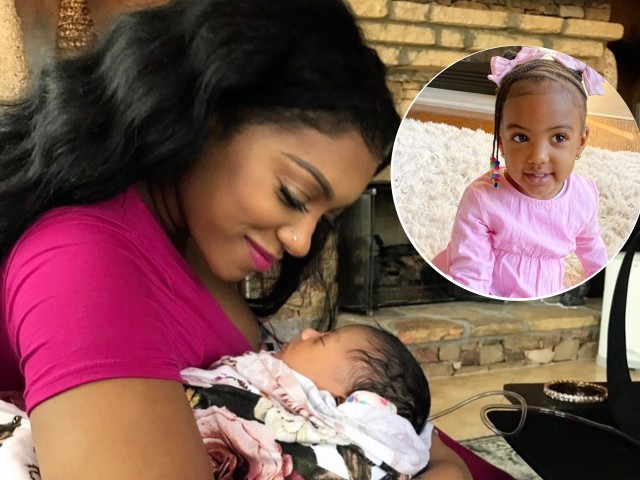 Porsha Williams is grateful for her daughter, Pilar Jhena “PJ” McKinley. The Real Housewives of Atlanta (RHOA) star recently took to Instagram to dote on her daughter ahead of PJ’s second birthday.

“I gave birth to my lil lifesaver @pilarjhena almost 2 years ago March 22nd,” Porsha told her social media fans this past Monday (Mar. 8). “I still wake up in amazement that I was given such a miracle,” the celebrity mom exclaimed.

Porsha Williams welcomed PJ McKinley on March 22, 2019. The little one arrived years after Porsha endured a miscarriage and months after the RHOA fought fibroids in an effort to conceive.

“I would fight through breastfeeding struggles, postpartum depression, hair loss, and other hurdles to get to you,” Porsha wrote to her daughter. “You taught me that I’m beyond unbreakable and my faith in God and love for you can carry me through anything,” the celebrity mom exclaimed. “We women are powerful and we can do anything we set our mind to,” Williams added.

Porsha ended her note by commemorating International Women’s Day. “Today I celebrate all of the women standing in their divine power,” the celebrity mom said.

Motherhood looks excellent on Porsha Williams who often gushes about her life as a parent. “It’s amazing,” the celebrity said weeks after giving birth to her daughter in 2019. “It’s hard,” Porsha admitted. “We’re four weeks out but baby PJ is everything,” the television personality doted. “She’s literally like my heart outside my body. I’ve just gotten used to having her.”

Porsha Williams and Pilar’s father, Dennis McKinley, have gone to great lengths to make celebrations for their daughter amazing. Some may remember the gender reveal party two years ago at which Porsha cried because the coordinator failed to deliver on the carnival theme she envisioned.

How will Porsha and Dennis commemorate their daughter’s second birthday? Fans will have to keep up with the celebrity parents to find out!