"We've Always Believed In Being A Team" 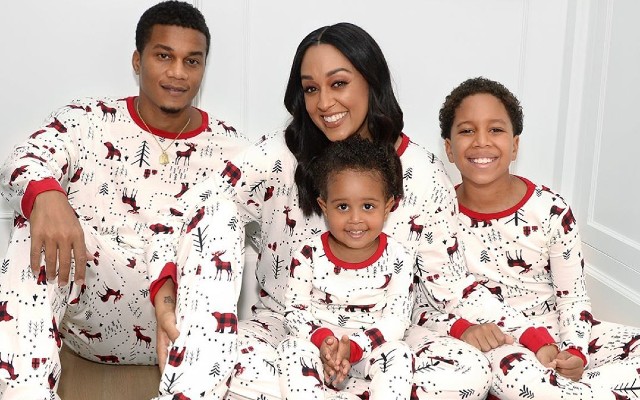 Tia Mowry and her husband, Cory Hardrict, have rearing practices that compel their son, Cree Hardrict, to do his chores and take an interest in history. The celebrity couple recently shared how their parenting has produced a child who voluntarily does the dishes.

“We’ve always believed in equality,” Tia told SheKnows when asked about the notion of gender roles at home, which typically leads to the woman doing more household chores than the man. “We’ve always believed in being a team,” Mowry added. “And I credit it with our success within our marriage. We’ve been married for 13 years and together for 21 years. And one of the main reasons is because Cory and I, we’re not so focused on gender stereotypes and gender roles.”

“Cory has always been supportive with me, and I’ve always been supportive of him,” Tia shared. “If I’m cooking, Cory will wash the dishes. And what’s so great about this campaign and this initiative is we’re encouraging people to close that chore gap, because it’s not like that in all households. Usually a lot of the responsibilities land on one person and that one person is usually a woman.”

Tia and Cory do not rear their son to expect his younger sister, Cairo, to clean up after him. “His responsibilities are taking out the trash every night and every morning,” Cory said of Cree. “He also washes dishes after he eats breakfast,” the celebrity father added. “He has to rinse them out before throwing them in the dishwasher. And he’s working his way to cleaning his room and helping out in other areas around the house.”

The values Tia and Cory bolster in their home are the same principles her parents used when she grew up. “This is how I grew up,” Mowry shared with SheKnows. “My parents were in the army, and it’s about unity and teamwork, and I learned from a young age. Now we’re using that same model for our families.”

Tia was criticized a few months back for revealing she and Cory do not believe in physically discipling their kids for wrongdoings. As it turns out, the motivation for Cree and Cairo to do what is asked of them lies in a chart.

“We have this really cool chart in the playroom. It has red, yellow and green,” Tia revealed to SheKnows. “When they do something great, they’ll move their little cardboard person cut out. And it has Cree on it and it has Cairo. So if they do well, then that person will move up to yellow. And then if they do if they do something that they weren’t supposed to do, then it’ll go back down to red. And once it gets to green and then they get a reward.”

You can catch Tia and her family on her YouTube series, Tia Mowry’s Quick Fix.