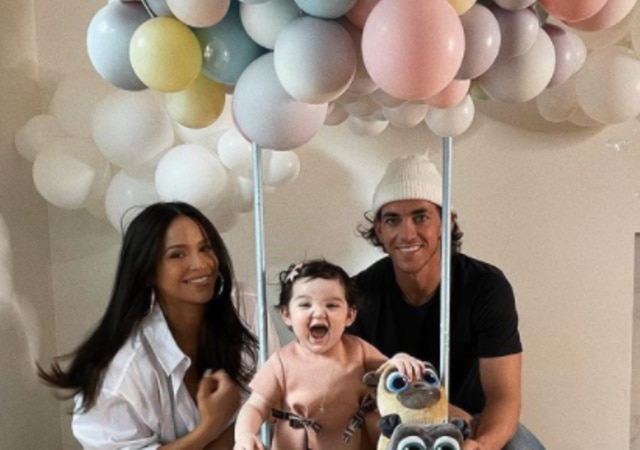 Cassie is not looking to have more kids anytime soon after she welcomes her second child with husband Alex Fine later this year. The recording artist recently told Baby By Hatch that her “unexpected” pregnancy has led her to consider waiting before trying for a third child with her husband.

“I had a four- or five-month window between the two pregnancies where I remember drinking wine and then back to being pregnant,” Cassie told Baby By Hatch. “Before COVID, I was casually talking to my doctor about birth control, but once the stay-at-home order went into effect, I was lax about going to the doctor because I didn’t want to go out of the house unless necessary. Of course, I had no idea how fertile you are after having a baby, so I delayed. And, here we are, seven months later!”

Cassie and Alex Fine announced their expectancy last month. The news came as a shock to many who read about the couple commemorating their daughter Frankie’s first birthday days prior.

“It was totally unexpected, but we’re so excited,” Cassie shared with Baby By Hatch. “I love that Frankie’s going to have a sibling super close in age. Plus, we’re home so much now anyway, and my entire house is all ‘baby,’ so, in that sense, the timing is ideal,” the recording artist declared. Still, “After this, I need my body back for a minute before even considering another.”

Cassie expressed nervousness before welcoming her daughter in 2019. “I am feeling great, but I’m a little scared of labor,” Cassie admitted during an October 2019 interview. “I keep reminding myself that our bodies are meant to do this, and in the grand scheme of things, it will be over in a blink of an eye,” the then-mom-to-be said.”

In general, I keep hearing that parenthood goes by fast, so I’m trying to make every effort to enjoy each moment and all the stages, no matter how uncomfortable.”

Cassie and Alex Fine are expecting their second child to arrive in March.