WILLOW SMITH REVEALS HOW SHE COPES WITH “EXTREME ANXIETY” 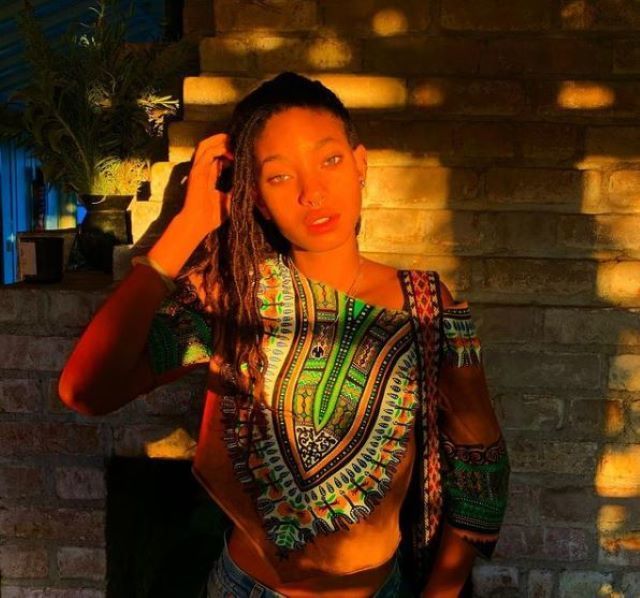 Willow Smith knows exactly how it feels to deal with anxiety and the talented young Renaissance woman spoke candidly about her coping mechanisms on the latest episode of Facebook Watch’s Red Table Talk.

“I think self-soothing is the single most important thing you can learn how to do in life,” Willow said in the new episode. “I really do believe that when we get into those tough spaces that sometimes it can be even more tough for us if we’re expecting for others to do something about how we’re feeling,” her mom added.

Willow used an example in the show of how she used a self-soothing technique to deal with a moment of what she called “extreme anxiety.”

Willow continued,” “I couldn’t talk, I had to just cocoon and just be with myself for a moment. And that was so important because it would have been more intense if I was, like, looking to you.” Willow continued, looking at her mom. “To be like, ‘No, help me!’ And then when I was ready … open the cocoon.”

The 20-year-old also spoke about what an actual anxious episode feels like to her.

“There’s shame. There’s guilt. There’s sadness. There’s confusion, and then you don’t even want to talk about it because you’re like, ‘I feel crazy. I feel crazy for feeling this way and I don’t want them to think I’m crazy, so I’m just not going to say anything.’”

Willow has been very open and candid about turning to self-harm when she felt like her life was out of control, yet she is proving that she has taken the reigns of her anxiety and is turning to healthy was to control it.

According to the Anxiety and Depression Association of America, there are nearly 40 million people in the U.S., approximately 18% of the population, that have experienced an anxiety disorder in any given year. Eight percent of children and teenagers experience an anxiety disorder with most people developing symptoms before 21-years-old.

TODD TUCKER THANKS HIS SON, ACE WELLS TUCKER, FOR INSPIRING HIM

TODD TUCKER THANKS HIS SON, ACE WELLS TUCKER, FOR INSPIRING HIM