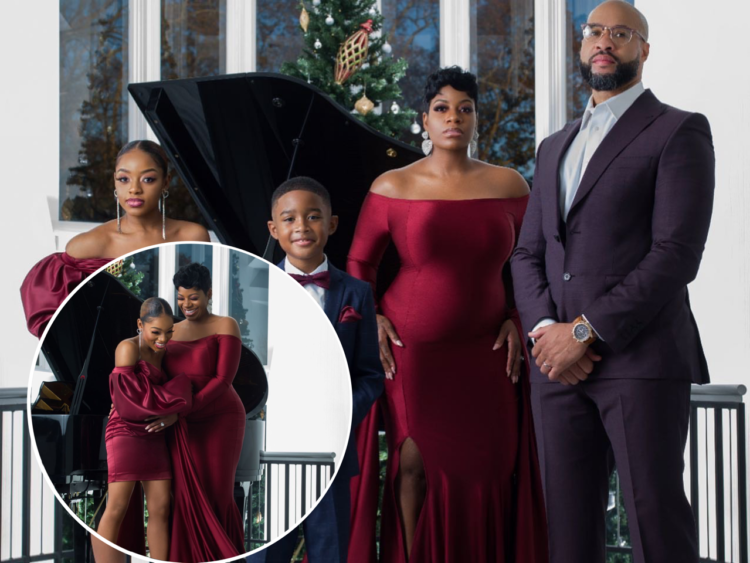 Fantasia Barrino, her husband Kendall Taylor, and their kids are getting into the Christmas spirit.

Last month, Fantasia announced that she is expecting her first child with Kendall. The American Idol Alum recently stopped by The Tamron Hall Show to open up about her three-year journey towards pregnancy that was filled with highs and lows.

“At first, we thought we were going to have to do different things,” Fantasia said of her and Kendall’s efforts to conceive. “Everybody was suggesting IVF because it wasn’t happening. This is a three year journey we’ve been on,” the celebrity shared.

“We went back in and found out that one of my tubes were closed. We went back and she says, ‘Now that one’s open. The other one’s closed,’” Fantasia said of the process. “We were just kind of like, ‘Okay, wait a minute.’ We decided, ‘Let’s just pause. Let’s let God be God. And if this is something that he wants for us to truly have, [then it will happen].’”

“We said, ‘Let God be God. We’re going to sit back and just see what happens,’” Fantasia told Tamron Hall. “I forgot about it,” the celebrity added. “I stopped following the tracker because I have the GLOW app. I was like, ‘Just forget it.’ And I woke up one night and I was just like, ‘Um, something’s different.’ I took the test. I took six tests. … I threw the test at him. I was so excited.”

The newest addition will be the first for the couple. Barrino already has two children from previous relationships — Dallas Xavier, 9, and Zion Quari, 19 — and Taylor is dad to a son named Treyshaun.

JORDAN SPARKS SAYS HER SON HUSHES HER SINGING AROUND THE HOUSE

JORDAN SPARKS SAYS HER SON HUSHES HER SINGING AROUND THE HOUSE