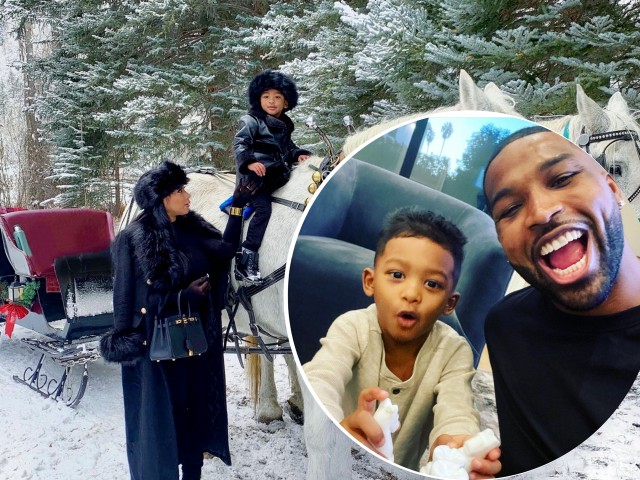 Tristan Thompson and his ex, Jordan Craig, celebrated their son’s fourth birthday over the weekend. Prince Thompson’s parents took to Instagram to celebrate him on his special day.

“Happy birthday Princey,” Tristan wrote online. “I’m so lucky to have you as a son,” the celebrity father shared. “Your heart and soul is (sic) pure gold. Your sister is so lucky to have a big brother like you to watch and protect her. Daddy Loves you, baby boy.”

Jordan Craig also gave birthday wishes to her son online. “To the most BRILLIANT, Loving, Kind son a Mum could ever ask for,” Craig shared. “Here’s to another year and many more to come,” the celebrity mom exclaimed.

Khloe Kardashian responded to Tristan Thompson’s birthday post to his son by leaving six heart emojis. Critics of the Keeping Up With Kardashians (KUWTK) star immediately scrutinized her for leaving a reply to Tristan’s post. “Girl bye,” one critic wrote in response to Khloe’s post. “Don’t put [heart emojis] under someone’s son.” Another critic wrote, “Let him be with his son without you.”

Khloe Kardashian and Tristan Thompson’s relationship began back in 2016 while he still had relations with Jordan Craig. At the time, Jordan Craig was heavily pregnant with Prince.

“Their relationship went viral and everything took a turn for the worst,” Jordan revealed during an interview last year. “Every day several articles were published worldwide mocking my new unfortunate reality and my pregnancy would now become one of the most popular gossip headlines due to the woman Tristan was now publicly dating during my pregnancy,” Craig said.

Still, even with such controversy in tow, some fans rushed to Khloe Kardashian’s defense this past weekend. “Khloe comes from a pure and good space,” one supporter shared. “The hearts were fine.” Another of Khloe’s fans wrote, “The child is family to her now- just stop with the negative drama and look into your life before you come on social media judging other people.”

Prince Thompson is Tristan Thompson and Jordan Craig’s only child together. Tristan and Khloe Kardashian also have a daughter, True Thompson, together. Stay tuned for more celebrity birthday news!