"Christmas Shoot With My Little Loves" 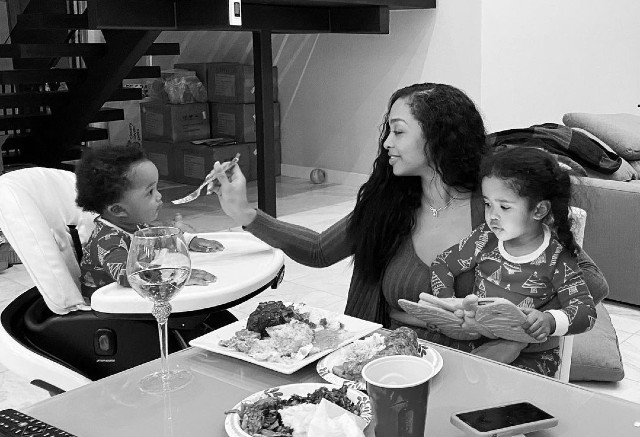 Ray’s wife, Princess Love, is getting into the Christmas spirit with their kids, Melody Love and Epik Ray. The Love and Hip Hop: Hollywood (LHHH) star recently shared video clips from a holiday photoshoot that featured Epik and Melody.

“Christmas shoot with my little loves,” Princess told her social media fans. “Their first photoshoot together,” the celebrity mom told her Instagram followers.

Dozens of fans loved Epik and Melody’s holiday session. “Adorable,” former Real Housewives of Atlanta (RHOA) star Phaedra Parks wrote in response to the cute Instagram post. Another social media follower commented on the adults’ efforts to get the kids to focus during the shoot. “The things you gotta do to get kids to sit still and smile,” the fan said.

Princess Love has been settling into the life of co-parenting following her split from Ray J earlier this year. The LHHH stars tried to repair their relationship with counseling and distance. Ray and Princess have even decided to film for a Love and Hip Hop spin-off tailored for troubled marriages, which is set to debut next year.

“Being a parent is a full-time job,” Princess Love recently said of her role as mom to Melody and Epik. “I wouldn’t trade it for the world,” Princess added. “[I am] raising them to be honest, respectable human beings,” the LHHH star continued. “I’ll do anything for these two except be unhappy. They’ll thank me later.”