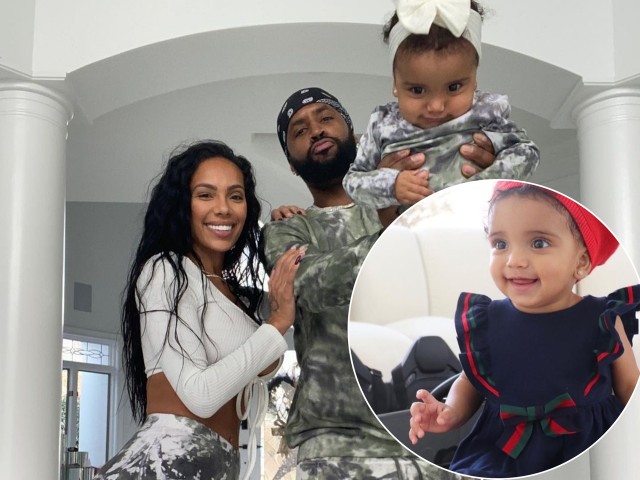 “Someone turned 10 months today,” Safaree shared online. “Now that I have a child, I really can’t understand men who have children and don’t want to see them every day. How do they go years without seeing them,” the LHHNY star asked. “I hate being away from her and love seeing her face so much. How do men do that? But salute to the men and women who are a part of their child’s lives. Just thinking out loud. Love.”

Safaree and Erica Mena welcomed their daughter in February. “If you really know me, you know I prayed for HER,” Erica told her social media fans last month. The LHHNY star was commemorating her daughter’s “halfway” birthday at the time.

“We celebrated her halfway to One,” Mena shared. “Now it’s three months until you are officially one,” the celebrity mom gushed. “Time please slow down,” Mena wrote. “I need to get our travels together so I can take my kids to Never Land.”

Safire is Erica Mena and Safaree’s only child together. Erica also has a son named King from a previous relationship. Stay tuned for more Love and Hip Hop: New York family news!

Toni Braxton spent Mother's Day with her sons, Diezel and Denim, on Sunday (May 9)....

Lauren London celebrated Mother's Day with her sons with Lil Wayne and Nipsey Hussle. The...

Little Kady from My Wife and Kids is a mommy! Parker McKenna-Posey's partner, Jay Jay...